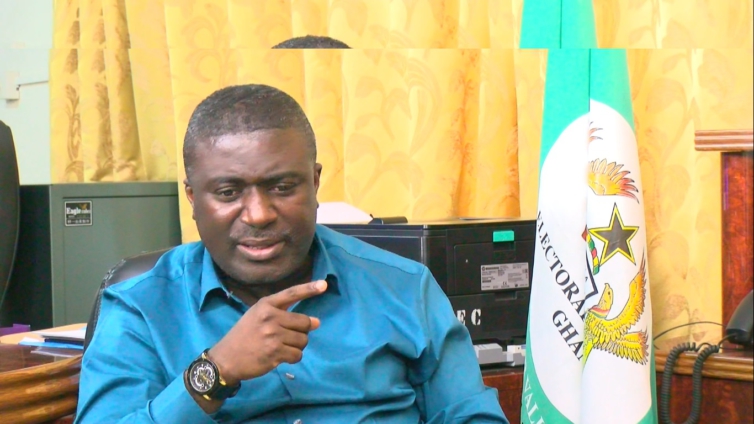 The Electoral Commission has rejected NDC’s 2020 Presidential Candidate John Mahama’s description of the 2020 election as one of the worst in Ghana’s history.

According to the Electoral body, not only has the election been hailed as highly transparent, fair, credible, and inclusive, it was also a reflection of the will of the people.

Speaking at a press conference on Monday, October 25, the Deputy Chairperson of the Electoral Commission, in charge of General Services, Dr Bossman Asare said, “we refute his scoring. The good people of Ghana who experienced our processes are the best judges. Their testimonies on social media demonstrated that Ghanaians were highly satisfied.”

He added that election observers, both local and international, also praised the EC and described the elections as transparent, credible and highly successful.

Dr Asare stated that “it is not a wonder that the internationally recognized EU International Observer Mission, which has a track record of elections observation, scored the 2020 elections 95%.”

This comes after former President John Dramani Mahama alleged that many things went wrong in the 2020 presidential and parliamentary elections.

Among other things, he stated that the military invaded collation centres and forced Electoral officers to declare results and one million extra ballot papers were printed.

“This is one of the worst ever elections we’ve had in Ghana. So many things went wrong,” Mr Mahama told Eastern Regional House of Chiefs and the Clergy in Koforidua as part of his ‘thank you tour’ to the Region on Tuesday, October 12.

However, Dr Asare said the EC is concerned that these claims are an attempt to undermine and malign the state institution that has been provided with the constitutional mandate to conduct elections.

“The EC is an important vehicle in our democratic process. It is a key institution of democracy. The Commission does not determine and cannot determine who wins elections in Ghana; the people of Ghana do,” he added.

The Deputy EC Chairperson believes that the transparent processes employed made it totally impossible for overvoting or ballot stuffing to happen.

He called on the former President to provide proof of his claims as it can lead to a lack of confidence in the electoral process.

Dr Asare also urged the police to investigate the claims, especially since it has the potential to derail and undermine Ghana’s democracy.

DISCLAIMER: The Views, Comments, Opinions, Contributions and Statements made by Readers and Contributors on this platform do not necessarily represent the views or policy of Multimedia Group Limited.
Tags:
Dr Bossman Asare
Election 2020
John Mahama
NDC