Wearing of face masks mandatory; offenders will be sanctioned – Akufo-Addo 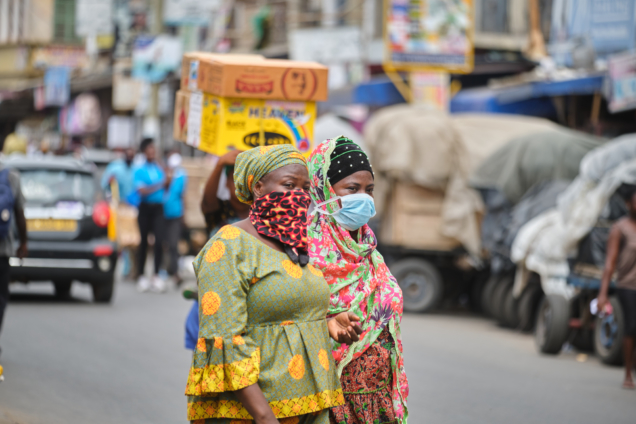 Ghanaians are now required by law to wear face masks in public places.

Those who fall foul of the new executive order will face arrest and possible prosecution, according to President Akufo-Addo.

“Leaving our homes without a face mask or face covering on is an offence,” the president said in his 11th address to the nation on the coronavirus crisis.

“The Police have been instructed to enforce this directive, which is the subject of an Executive Instrument.”

The president used the address to issue a warning to residents of the Greater Accra, Ashanti, Western and Central Regions – which have recorded the highest number of cases so far – to be particularly careful and adhere to the recommended protocols to halt the spread of the disease.

“It is important for me to remind residents of the Greater Accra and Ashanti Regions, where the great majority of cases have been recorded, and in the Western and Central Regions, where we are seeing an increase in infection cases, to continue to adhere strictly to the social distancing and enhanced hygiene protocols announced,” he stated.

“With the doctors and scientists telling us that the virus is transmitted from human contact, through talking, singing, coughing and sneezing, which results in sending droplets of the virus from one person to another, residents of these four regions, and, indeed, all Ghanaians, must remember that the wearing of masks is now mandatory.”

The four regions mentioned in the president’s address currently have the highest cases recorded so far with Greater leading the caseload figures with 6,997 cases followed by Ashanti, Western and Centrals following with 2,2021, 951 and 621 cases respectively.

In the address, the president also called on Ghanaians to stop stigmatizing people who have recovered from coronavirus. The stigmatization of family members of recovered patients, must also end, he said.

“There’s nothing shameful about testing positive” for Covid-19, he said.

The President paid tribute to the former mayor of Sekondi-Takoradi, Anthony Sam who died with coronavirus in Accra on Friday evening.

The president also confirmed that health minister, Kwaku Agyeman Manu, has tested positive for Covid-19 “in the line of duty” and wished him a speedy recovery.