We are better placed to address environmental issues - Ghana Institution of Geoscientists - MyJoyOnline.com 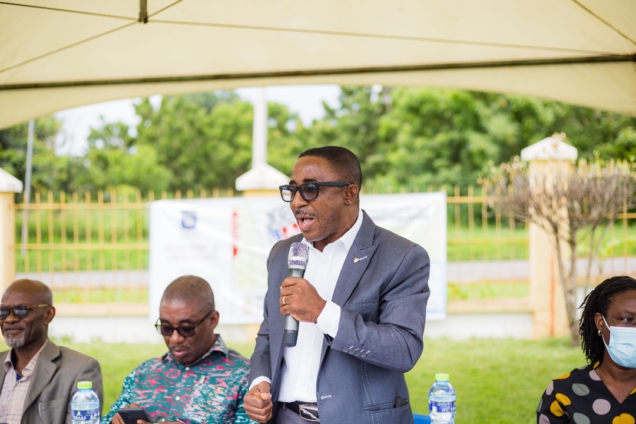 The Ghana Institution of Geoscientists (GhIG) has said it holds an instrumental place in the quest to resolve environmental issues threatening the ecological balance in the country.

According to the National General Secretary of the Institution, Crisler Akwei Ankrah, graduating student members have the potential and skills to change the narrative about managing the environment.

He made this known at the 2022 Job Fair organised by the Department of Earth Science at the Yiri Lodge on the University of Ghana, Legon Campus.

“This, we believe, will go a long way to complement but may not be the complete panacea for the degrading act and irresponsible handling of our environment and the exploitation of our natural resources in particular.

“We believe with the coming out of the Geoscience Act, we will be in a better position to send people like you [students] out there to execute the agenda of taking good care of our exploration, exploitation and the management of our environmental regime,” he said on Wednesday, July 20.

The institution is undergoing strategic restructuring relating to its mandate and the legal regime which will enforce the drive to regulate the practice of Geoscience, the development and welfare of its members.

He revealed the Ghana Institution of Geoscientists will, in the near future, submit a draft of Geoscience Act to the office of the Attorney General for consideration and undergo all necessary due process for subsequent approval by the legislature.

“We are at a draft stage of our Act and that will be completed, and it is currently being reviewed by various stakeholders and at various stages and also the membership as a whole and will soon be laid before the Attorney General for consideration and then ultimately becoming an instrument that empowers GhIG to act on its mandate,” he added.

The job fair creates an avenue for continuing and final year students to learn, interact and have firsthand information from industry players in the country.

Among others, the event also forms part of plans to further equip students with skills, well-balanced training theoretically, practically and professionally.

Global Mining-Tech Company, Imdex Limited representative, Edward Adatsi encouraged students to sharpen their presentation skills and the desire to seize opportunities when they present themselves

He concluded by sharing a touching story of how he landed his current job after school amid severe unemployment crisis.

“If you are not willing to take on any opportunity, you will not even get a job because now jobs are hard to come by. I have a Geology background and I did Master’s programme in Geological Engineering. [after school], Imdex came calling, jobs were not around. I said to myself, I am a graduate, I can do presentation, so why not?” he shared.

The aforementioned companies seized the moment to express their profound gratitude to the Department of Earth Science for the graduates it churns out annually.