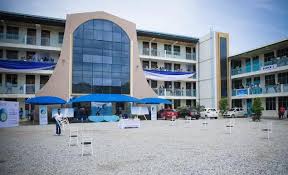 The Management of the Ghana Institute of Journalism (GIJ) says it is unable to comply with an injunction request from the lawyer of some four aggrieved students of the Institute to halt the ongoing Students’ Representative Council (SRC) elections.

According to Management, the lawyer for the aggrieved students had failed to serve the school with an injunction by a court of law.

“I am advised by Counsel that an injunction is an equitable remedy which is granted at the discretion of a court after hearing both parties, or hearing one side if it is brought to the court under special circumstances. You have not served GIJ with a notice of injunction neither did the writ filed against GIJ request an injunction,” a statement by the institution said.

Some four students of GIJ, Alimatu Quaye, Edinam Adoboe, Bryan E. Sarpong, and Esther Dorman on March 31, 2021, filed a case against the management of the Institute for interfering in the affairs of the SRC.

Their suit follows management’s decision not to recognize them as the legitimate SRC executives of the Institute.

The students were asked not to carry themselves as SRC executives and in their stead; a 15-member interim committee was formed to see to the conduction of an SRC election.

However, the aggrieved students claim the actions of management were tantamount to interfering in students’ affairs, thus are demanding that Management recognizes them as the legitimately appointed SRC representatives of the school.

They are also seeking “an order setting aside the 15 member Interim Management Committee for students of the school, as unconstitutional, null and void and of no legal effect”.

The lawyer of the ousted SRC executives, Naa Djamah Ayikoi Otoo further advised GIJ management to direct the Interim SRC Committee to put a halt to their activities pending a suit served them.

According to her, “the management of the institute as well as members of the Interim SRC Committee might risk being cited for contempt” if they do not heed to the advice.

But in response, GIJ’s Management stated that obeying the directives stated in the lawyer’s letter will rather amount to interfering in students’ affairs and thus will not comply with such a directive.

It said, “In any case, the tone and tenor of the writ filed against GIJ accuses management of interference in Student governance; the very thing you are requesting management to do without a court order to that effect.”

It further added that, “Please be advised that management of GIJ is unable to accede to your request to refrain from conducting elections because management is not conducting any election or supervising the conduct of any election.

“The interim student leaders of GIJ were elected by members of the student body and they are therefore independent to conduct their activities and management cannot direct or command them to act in a certain manner. Management can only advise or intervene when students have approached management to do so.”

Meanwhile, GIJ’s Management has indicated that student leaders have been duly informed of the lawyer’s letter.

“Students claim that they have been advised by their own lawyers that there being no injunction order from a court of law requesting them to halt their elections, they are free to conduct their elections. We are therefore unable to accede to your request,” the letter concluded.

DISCLAIMER: The Views, Comments, Opinions, Contributions and Statements made by Readers and Contributors on this platform do not necessarily represent the views or policy of Multimedia Group Limited.
Tags:
Ghana Institute of Journalism
GIJ-SRC elections