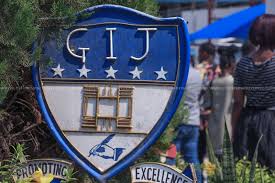 Members of the Concerned Students of the Ghana Institute of Journalism (GIJ) have advised four of their colleagues who have filed a court case against the Institute’s management to desist from discrediting the body for their own parochial interest.

They have expressed shock at how “only four students’ quest for power could halt a process that is going to be for the good of the whole student body.”

Some four aggrieved students of the Institute, Alimatu Quaye, Edinam Adoboe, Bryan E. Sarpong, and Esther Dorman on March 31, 2021 filed a case against the management of the Institute for interfering in the affairs of the Students Representative Council (SRC).

Their suit follows management’s decision not to recognize them as the legitimate SRC executives of the Institute.

These students, amidst a lot of controversy and opposition from students, were appointed by the erstwhile Joseph Agbezuke led GIJ-SRC in response to a power vacuum created as a result of the failure of that administration to carry out an election due to Covid-19.

The students were asked not to carry themselves as SRC executives and in their stead, a 15-member interim committee was formed to see to the conduction of an SRC election in the coming month.

In retaliation, four of the eight students, sued the Institute’s management demanding that they be reinstated as legitimate SRC executives.

They are demanding “A declaration that upon a true and proper interpretation of Article 30 of the GIJ SRC Constitution, the action of the SRC President in suspending Article 20(1) (b) of the constitution and getting the Plaintiffs appointed as Interim SRC executives were a lawful exercise of authority and therefore the Plaintiffs are the legitimately appointed Interim SRC representatives and ought to be recognized as such”.

They are also seeking “an order setting aside the 15 member Interim Management Committee for students of the school, as unconstitutional, null and void and of no legal effect”.

And also “a declaration that by the provisions of the “GIJ Undergraduate Students Handbook,” Management of the Defendant Institute has no mandate to interfere in the affairs of the Students of the SRC to assist in resolving a dispute arising between students and their leadership in extreme cases which threaten normal academic work.”

In reaction to the suit, the Concerned Students of GIJ have rallied behind the management of the Institute stating that though every student has a legal right to seek justice, the ousted SRC representatives’ reasons for going to court are unfounded and selfish.

In an interview with gijnewsnetwork, a student leader and member of the Concerned Students of GIJ, Bright Havilah Obuor, intimated that “running to court with the attempt to halt the impending SRC elections is a clear proof that they came not to serve students interest but their personal ill-conceived agenda, and to loot students treasury at the expense of the general welfare of students and the SRC”.

Meanwhile, the lawyer of the ousted SRC executives, Naa Djamah Ayikoi-Otoo has advised GIJ management to direct the Interim SRC Committee to put a halt to their activities pending a suit served them.

According to the lawyer, “the management of the institute as well as members of the Interim SRC Committee might risk being cited for contempt” if they do not heed to the advice.

This is because, per the suit served them, “any act which seeks to interfere or prejudice the pendency of an action or seeks to lower the image of the court or bring that image into disrepute or disrespect amounts to contempt of the court”.

DISCLAIMER: The Views, Comments, Opinions, Contributions and Statements made by Readers and Contributors on this platform do not necessarily represent the views or policy of Multimedia Group Limited.
Tags:
Concerned students of GIJ
Ghana Institute of Journalism