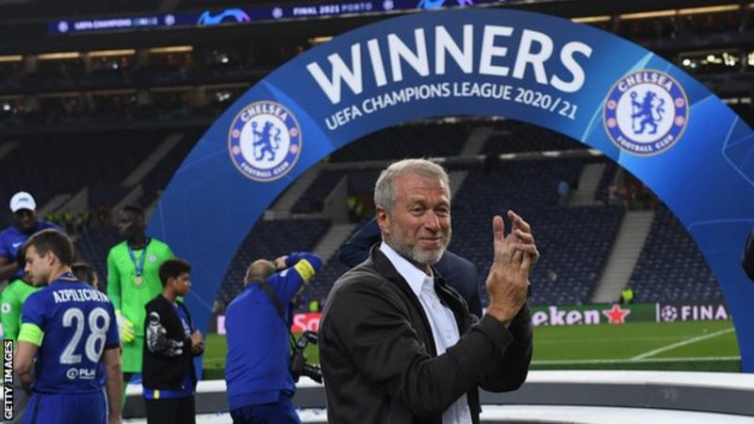 The most significant evening in Chelsea’s recent history started as the news of owner Roman Abramovich’s decision to sell the club swept around the unlikely surroundings of Kenilworth Road.

Abramovich, the Russian whose fortune has fuelled Chelsea’s collection of 17 major trophies since he took control in July 2003, delivered his proposed departure in a statement released 62 minutes before the start of their FA Cup fifth-round tie at Luton Town.

As Chelsea’s fans filed through the narrow streets in a downpour and on to the Oak Road End of this compact stadium, the significance of Abramovich’s words sank in.

It was an incongruous setting for such a dramatic act to take place but, make no mistake, this was a seismic moment for the club recently crowned the world club champions. Those Chelsea fans will remember where they where when they heard the news.

Chelsea’s fans have lived with the deal that Abramovich struck when he bought the club from Ken Bates for £140m. In exchange for success, large numbers of those fans have accepted his ruthlessness when it has come to changing managers. There have also been allegations that he is close to Russian President Vladimir Putin, which he has denied.

Abramovich’s Chelsea reversed the traditional rules of football. Instability brought success. The status quo was banished. Managers came and went but the trophies packed into Stamford Bridge with relentless regularity on his watch.

He delivered that silverware that made Chelsea England’s most successful club during his time at Stamford Bridge. It was clear many of the away supporters at Kenilworth Road were still grateful for what he has given them measured by their reaction during their team’s 3-2 win.

As Chelsea fans checked their phones for reaction to the news, a large number of their 1,570 fans in a crowd of 10,140 loudly chanted Abramovich’s name.

It was greeted with resounding jeers from Luton fans, relishing the chance to try out some fresh material on those Chelsea supporters who may have felt uncomfortable in their sporting association with the Russian.

Luton’s fans drowned out the chants, responding with: “You’re getting sold in the morning.” It will not be that quick but the reality for Chelsea and their fans is the man whose money is largely responsible for that lavish collection of silverware will soon be gone.

Even the traditional Chelsea taunt of “We’ve won it all” brought the cutting response of “You’ve bought it all” from the home support.

As regular chants of support rose up for Abramovich from one end, jeers and “You’re an embarrassment” flew back in their direction from three sides of Kenilworth Road.

Chelsea’s players were unaware that Abramovich was about to announce the club was for sale. Manager Thomas Tuchel, who reacted with such frustration to persistent questioning about Abramovich’s future and events in Ukraine, was concentrating his thoughts on refreshing his side after Sunday’s Carabao Cup final defeat on penalties to Liverpool.

It appeared that the size and scale of what had just been announced, and its possible ramifications for Chelsea, was just dawning on Tuchel’s players, as they started this highly entertaining game in a fog. Slow and listless, they allowed Reece Burke to head Luton in front from a corner after only two minutes.

For a few minutes at least, the sporting world of Chelsea’s fans was turned upside down. Abramovich was on the way out and they were suddenly staring at a classic FA Cup shock.

Chelsea’s win was ultimately a mere footnote, given what had landed in the hour before the game.

Tuchel, so much in the spotlight as rumours swirled around Abramovich, was aware of what was unfolding around this tie and certainly seemed to suggest some players, at least, were affected by the noise.

He said: “Maybe I heard it a little earlier than you but still close to kick-off. We heard the rumours throughout the day, saw on TV. When we have team meetings and eat together, everybody talks about it. It is big news. Let’s wait and see for the best and see what the day brings.

“We are not living on an island. The players have the internet. Some are more concerned. To play a match on the same day, where focus is absolutely key, is not so easy and makes it a bigger performance. We try to stay focused and cancel the noise. It’s not easy but we did it.”

The announcement was a shock and yet not a shock in the same breath. The idea of Chelsea without Abramovich and his money is hard to take in – but on the other hand, the attention that has been focused on Abramovich as a result of events in Ukraine, leading to questions about him in Parliament, made a decision to sell more likely.

BBC Sport’s Alan Shearer raised questions about Abramovich’s announcement as he said: “This is a huge moment for Chelsea. He has brought massive success over his 20 years but selling a football club is not simple. It can take months or years.

“But more importantly, there is still no condemnation from Roman or the club about what is happening in Ukraine.”

Chelsea, almost uniquely, seemed to thrive on chaos during that relationship. Popular managers came and went at Abramovich’s whim.

He was unquestioned for the large part because no matter how much instability he appeared to invite with constant changes of managers and personnel, Chelsea enjoyed the greatest period of success in their history.

Even in what we now know to be the closing months of his time at Chelsea, they won the Club World Cup and the Uefa Super Cup.

It was success that sustained his relationship with Chelsea’s fans and, despite all the questions and controversies, they still felt a bond as they filed out in the Luton rain on the way back to London.

Many Chelsea fans here were not willing to let Abramovich go quietly or without appreciation, even as they were sent on their way by more vociferous taunts from their Luton counterparts.

The Russian’s name was still being cheered by so many clad in blue – but the credits marking the end for Roman Abramovich at Chelsea started rolling here on this wintry night in Bedfordshire.