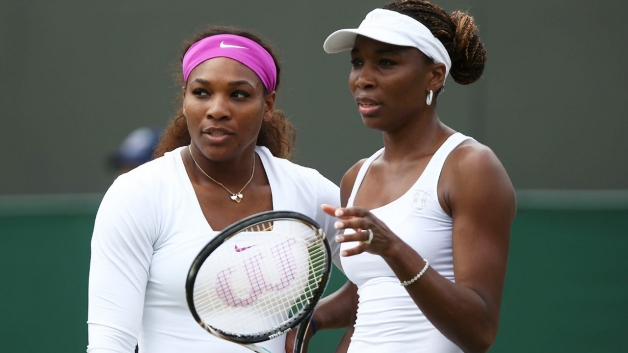 Serena Williams has called on fans to support her sister Venus when the two five-time Wimbledon champions meet in an emotional fourth round clash on Monday, July 6.

The sisters, who have 27 Grand Slam titles between them, will be on opposing sides of the net for the sixth time at Wimbledon and for the 26th time in their careers. Venus, 35, thrashed Aleksandra Krunic to reach the last 16, while Serena, 33, had to survive an almighty scare against Britain’s Heather Watson before guaranteeing the first all-Williams tie at Wimbledon since 2009.

Since Serena won that final clash six years ago (pictured below), the sisters’ paths have diverged with the younger sibling putting herself among the all-time greats by reaching 20 Grand Slam titles.

In contrast, Venus has slumped down the rankings as she fights a constant battle with autoimmune disease Sjogren’s syndrome that often leaves her exhausted.

As a result, Serena believes Venus’s struggles deserve the sympathy of the All England Club crowd if they have to pick sides. “I expect more people to be rooting for Venus,” said Serena. “I would be rooting for Venus. She’s been through so much. She’s had a wonderful story.

Venus returned the compliment, claiming she would support Serena if she were a neutral bystander today (Monday).

“That’s interesting, I’ll probably be cheering for her,” Venus said when told of Serena’s desire for the crowd to support her. “I haven’t given any thought to the crowd really. There is no such thing as giving up for me in my life.

“But also for her, she’s been through so much. “You see players that continue to talk about injuries that are like 9,000 years old. She never complained once. You have to give her credit for that.” After four Wimbledon finals and a semi-final between the sisters, this will be their earliest meeting on the lawns of south-west London.

On the surface, world number one Serena, chasing her fourth successive Grand Slam crown and 21st of her career, is the clear favourite to secure her 15th career victory against 16th seed Venus.

But, regardless of the result, Serena says seven-time major winner Venus has already left a great legacy as a “pioneer” for both the sport and women’s rights.

On Multi TV, follow on the AM Sports with Kwame Dwomoh-Agyemang, sports on NewsDay with Benedict Owusu Dankwah, Sports Today with Nathaniel Attoh (2pm, Monday-Friday), sports on the Pulse with Gary Al-Smith (4:30pm, Monday-Friday) and sports on Joy News Prime with George Addo Jnr.