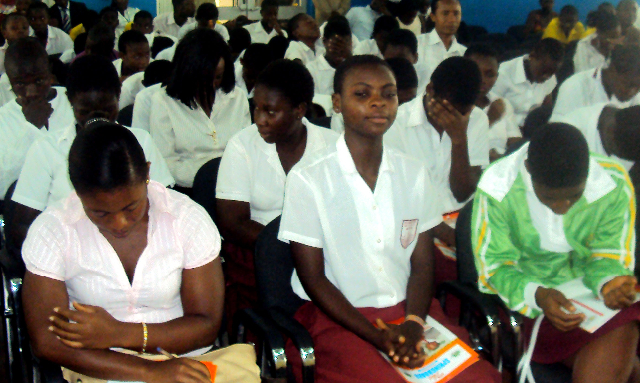 As the World Youth Day is marked across the world, Ghanaian youth are growing apprehensive about what their future.

They do not just see their hitherto brighter future evaporating into the air due to what they described as poor policies, but they feel the ruling government is insensitive to their plights.

Anchored on the theme “The Road to 2030; Eradicating Poverty and Achieving Sustainable Consumption and Production and the leading role young people can play in that," the youth are certain a lot needs to be done to brighten the fortunes of the nation.

Many of the young people who spoke to Joy News dream of getting jobs immediately after graduating school, but they argue that it is nearly impossible in the current government.

Joy News' Maxwell Agbagba surveyed some views in the principal streets of Ghana.

He met some youth hawking wares to make a befitting living for themselves and their family.

Hope or No hope?

Samuel Nyarko, 23, a trader at Agbogbloshie, a suburb of Accra complained about his fizzling dream.

He completed senior high school (SHS) and has been searching for opportunities to further his education but he sees no hope.

Another youth who spoke to Joy News was Abiba Suleman who sells sachet water at the same market.

She hails from the Upper West Region and came to Accra to engage in the petty trade to raise money to fund her education, but things have proven difficult than anticipated.

National Youth Organiser of NPP, Sammy Awuku, says the only way to inject confidence in Ghanaian youth is to decentralise development.

This, he believes will empower the youth to effectively participate in the development of their communities.

He says the erstwhile NPP administration did a lot to expand opportunities for Ghanaian youth especially they came with the concept of Microfinance and Small Loan Center (MASLOC) as well as the National Youth Employment Programme (NYEP), adding, when given another opportunity they will do more.

On his part, National Youth Organiser of NDC, Sidii Abubakar, is the convinced government is doing the right things to brighten the future of Ghanaian youth.

He appealed to the youth to remain focus in achieving their desired dreams.