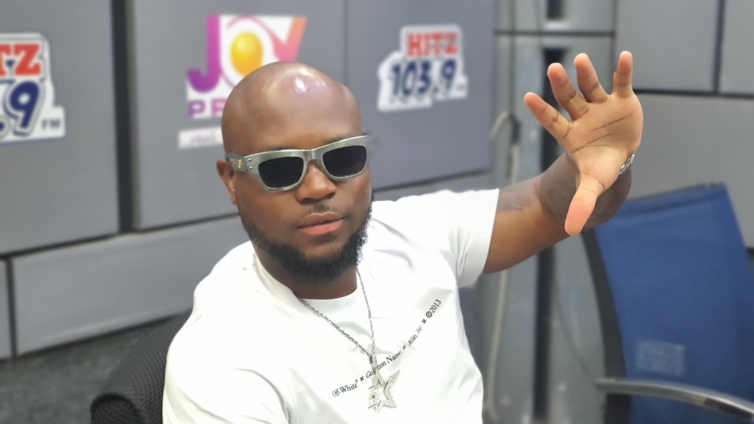 The ‘Ginger’ singer stated that the platform has been incredible in expanding the reach of music currently.

Reacting to comments that say otherwise, he said that one would have to be ignorant to refuse to acknowledge the significance of the platform’s contribution to pushing music.

In an interview with Andy Dosty on Daybreak Hitz, on Monday, he said: “TikTok is phenomenal. You must be a f*** not to accept that it is part of the whole music marketing process right now.”

Be that as it may, the ‘CCTV’ singer added that the platform is not the only way to promote music, therefore, utilizing other platforms available is equally necessary.

He went on to state that some musicians like himself have thrived in the music space without the use of TikTok.

The conversation surrounding the use of TikTok in music marketing became popular after TikTok star, Asantewaa, said on UTV that songs will not trend if they [TikTokers] are not contracted to activate the promotion on their pages.

Consequently, some musicians have reacted to the TikTok star’s statement with diverse opinions.

Rapper Pappy Kojo claimed that TikTok helped save his music career through the use of funny skits to promote the project and the songs on it—one of which ‘Koobi’ became notable on the platform.

Singer Gyakie said that TikTok contributed to the success of her smash-hit single, ‘Forever,’ —eventually helping her reach a wider market.

Music duo Keche believes that the promotion of music on traditional media is much more effective than having it on TikTok.

Musician Fameye also said that the platform is not killing his music, since he has not had any of his songs trending on TikTok yet.

However, artistes such as Black Sherif, Kelvyn Boy, KiDi, and Kuami Eugene, among others, have gained new music fans from TikTok and subsequently made huge numbers on their respective streaming platforms.

King Promise, however, has a TikTok activation for his single ‘Ginger.’

The songwriter is currently on a media tour for the promotion of his sophomore album, ‘5 Star.’