YouTuber saved by firefighters after cementing his own head in microwave

Firefighters spent an hour working to release a YouTube prankster who cemented his head inside a microwave.

Jay Swingler, 22, and a group of friends mixed seven bags of Polyfilla before they poured it around his head, which was protected by a plastic bag inside the appliance.

Their intention was to use the microwave as a mould.

But by the time emergency services were called at 1.49pm on Wednesday to the garage of a house in Fordhouses, Wolverhampton, West Mids, the group had already been trying to free him for 90 minutes. 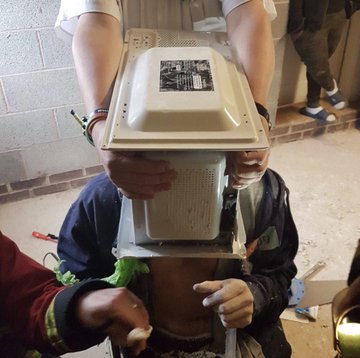 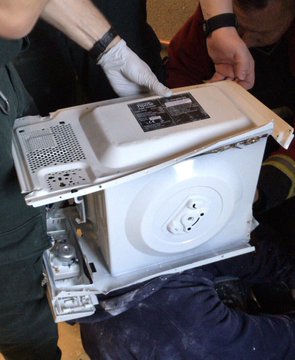 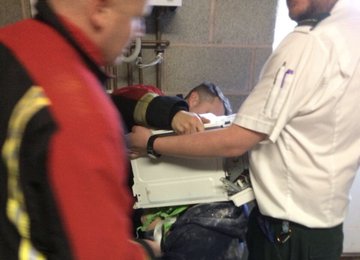 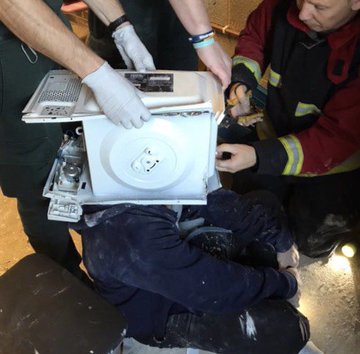 .
Five of our firefighters were tied up for an hour this afternoon, freeing a YouTube pranker whose head had been 'cemented' inside a microwave oven. Read more: https://wmfs.link/2kwp4me  (Photos © West Midlands Fire Service)

The friends had managed to feed an air tube into the man’s head to help him breathe, the Press Association reported.

Swingler, who helps run the TGFBros channel, was identified as the YouTuber last night. A ten-minute video of the incident has so far gained 865,000 views.

“I was panicking and I was telling [my friends] that I was about to die,” Swingler says of the incident in the video.

Watch Commander Shaun Dakin, officer in charge of the West Midlands Fire Service crew who responded, said: “As funny as this sounds, this young man could quite easily have suffocated or have been seriously injured.” 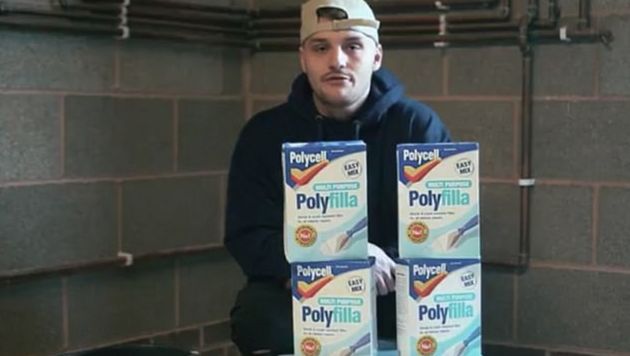 Jay Swigler and friends filled a microwave with Polyfilla cement 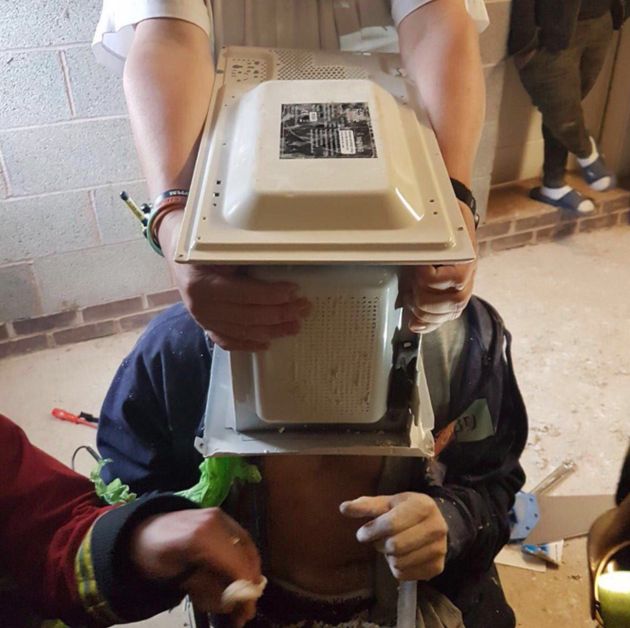 The young man was photographed being helped by firefighters this weekend

He added: “Taking the microwave apart was tricky, because a lot of it was welded.

“We video-called our technical rescue colleagues for advice and eventually managed to get him unstuck. 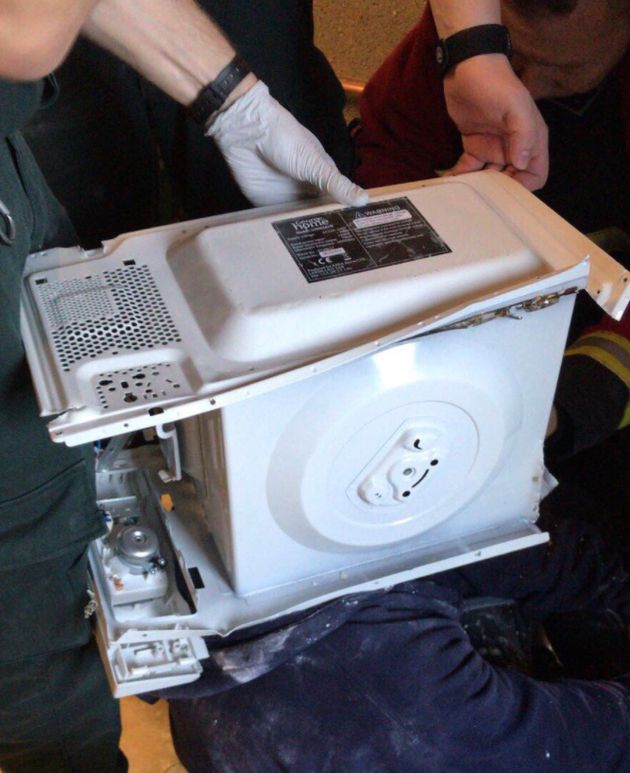 The man has not yet been named, but was said to be 'very relieved'

“He was very relieved when we removed a large chunk of the Polyfilla with a screwdriver, allowing him to breathe more easily. But we had to be extremely careful with the screwdriver, working so closely to his head.

“It took us nearly an hour to free him. All of the group involved were very apologetic, but this was clearly a call-out which might have prevented us from helping someone else in genuine, accidental need.”

The TGFBros YouTube channel includes videos with titles such as “I set myself in jello overnight” and “Hand-held firework shootout”.