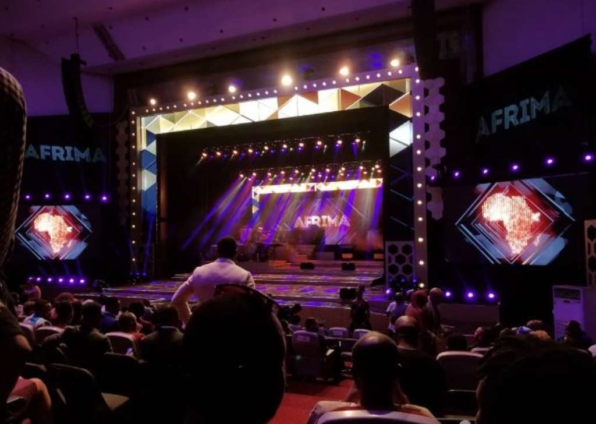 The Auditor-General has revealed that funds meant for the Marine Drive Project were misapplied by the Ministry of Tourism, Arts and Culture under the leadership of Catherine Afeku.

The amount, GH¢387,196.00 was used for the celebration of the 2018 All Africa Music Awards (AFRIMA), Kundum Festival, and other activities.

“In contravention of Section 7 of the Public Financial Management Act, 2016 (Act 921), we noted that funds meant for the Marine Drive project amounting to GH¢387,196.00 were misapplied for the celebration of AFRIMA, Kundum Festival, and other activities,” parts of the Auditor General’s report read.

The report also revealed that on March 7, 2018, GH¢13,296.00 was paid as an accountable imprest to the Minister, Catherine Afeku, to travel to the Western Region on official assignment.

All of these funds, according to the Auditor General, were paid by the Chief Director of the Ministry.

The Chief Director was also charged to recover some vehicles belonging to the Ministry from the possession of former officials.

“In contravention of Section 52 of the Public Financial Management Act, 2016 (Act 921), we noted from our inspection of the Ministry’s vehicles that five official vehicles were in the possession of three former officials who separated from the Ministry through reassignment and terminations.”

The former Minister, Catherine Afeku is said to have three vehicles in her possession, even though she was reassigned to the Senior Minister’s Office. Two other persons whose contracts have been terminated are said to have one vehicle each in their possession.

Ghana, in 2018, hosted the 2018 All Africa Music Awards (AFRIMA) under the auspices of the Ministry of Tourism, Arts and Culture after securing the hosting right for three years.

However, the International Committee of the All Africa Music Awards (AFRIMA) withdrew the hosting rights for the 2019 and 2020 editions of the awards.

This, the organisers said, was over, “lack of capacity by Ghana to meet the financial and contractual obligations entered into on July 12, 2018, necessary to retain hosting the biggest music event in Africa.”

AFRIMA event was established by the International Committee AFRIMA, in collaboration with the African Union (AU) to reward and celebrate musical works, talents and creativity around the African continent while promoting the African cultural heritage. Its pioneer Awards Show was held in 2014.

The Marine Drive Tourism Project is the single largest tourism investment project to be initiated by the Government of Ghana since Independence.

The 241-acre prime beachfront tourism enclave project is envisaged to position Ghana as the most sought after tourist destination and the destination of choice within the West African sub-region as well as provide job opportunities for many young people in Ghana within the hospitality industry.

The project is basically to plan and develop the entire parcel of land, stretching from the Osu Klottey Lagoon (behind the Christianborg Castle) to the Accra Community Centre, covering an area of 241 acres.

The project will see the stretch of land re-zoned into a Tourism Enclave. The enclave is expected to focus on four key categories of tourism in the broad locations.

Other developments will include a mall, restaurants, sports clubs, health clinics, hotels among others.

Excerpts from the Auditor General’s report

DISCLAIMER: The Views, Comments, Opinions, Contributions and Statements made by Readers and Contributors on this platform do not necessarily represent the views or policy of Multimedia Group Limited.
Tags:
AFRIMA
All Africa Music Awards
Kundum Festival
Marine Drive Project
Ministry of Tourism Arts and Culture