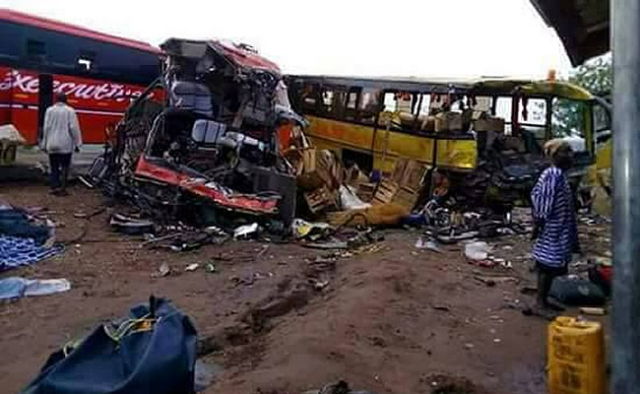 It’s been a deadly weekend in the Northern Region. Two separate motor accidents have claimed the lives of 18 people.

Sixteen people died in the early hours of Sunday, April 15, 2018 in a tragic accident at Yapei-Yipala on the Tamale-Kumasi Road.

According to the police, a bus carrying 70 passengers, in an attempt to overtake a cargo truck, crashed into another bus.

A police spokesperson said a Yutong bus and a Kia bus collided at Yipala, 10 kilometres from Yapei.

He said the collision happened off the road. The police suspect the two buses, which were moving in the opposite direction swerved to the same direction and crashed into each other.

Both drivers died in the accident, he said.

At Savelugu, also in the Northern Region, another accident killed two.

An oncoming truck, he said, crushed the two riders of the tricycle killing them instantly.