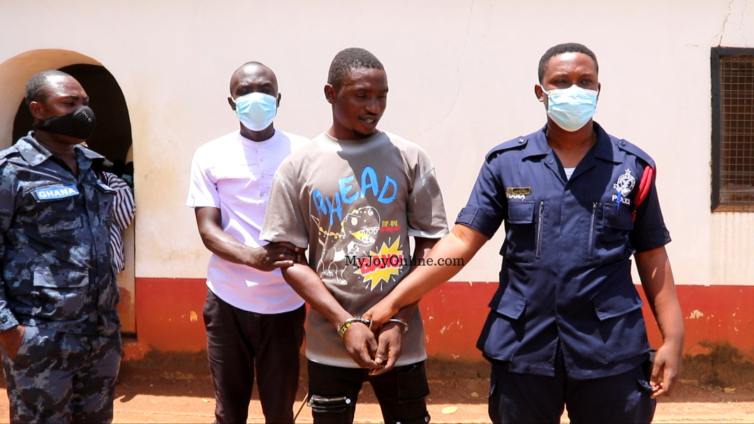 A 23-year-old illegal miner, Satar Salifu has been sentenced to 20 years imprisonment by the Wa Circuit court for his involvement in a robbery.

Prosecuting, Senior State Attorney, Lawyer Saeed Abdul Shakur, said the accused person works at Du in the Wa East district together with a colleague who is currently at large.

He said the two crossed the plaintiff, who is an Information Technology expert, on April 1, 2018, with an unregistered motorbike and pointed a short gun at him with an order to surrender all his valuables, including a mobile phone. They threatened to shoot him if he disobeyed their orders.

Out of fear of losing his life, the plaintiff removed everything from his pocket, including his black Samsung Z2 smartphone, valued at Gh¢350.00, some ID cards and cash of Gh¢960.00 and handed it over to the first accused. The robbers then sped off.

He noted that the plaintiff quickly came to the Police station and reported the issue. The accused person later replaced the Simcard and started making calls with the phone.

When the accused was questioned about the plaintiff’s phone, the accused’s father, who was privy to the robbery case, readily handed over the mobile phone to the Police. He explained that he retrieved it from his son, the accused person.

Satar Salifu, when asked to lead the Police to arrest the second accused person feigned ignorance about where he could be found. The accused pleaded not guilty to the charge of robbery and the case went for the full trial.

Justice Baah Forson Agyapong, in his ruling stated that armed robbery cases in the region and the country at large, are on the ascendency and the courts need not toy with it, hence the need to give sentences that will deter all criminals and their elements.

According to him, throughout the 3-year trial, Satar Salifu had consistently indicated to the court that he was not the one who robbed the plaintiff at gunpoint.

But, the plaintiff, pointing to him, maintained ‘‘he was not hooded, thus saw his face when a passing car bumped into the scene and threw its lights on them for about 5 minutes.’’

Justice Baah Forson in his ruling, therefore, found the accused person guilty of the charge of robbery.

Counsel for the accused person, Lawyer Speratus Ongoh pleaded with the court to deal leniently with his client, since he is a first-time offender and has ageing parents.

Meanwhile, a Detective Corporal, Sheila Obour who played a critical role in the case was praised for the meticulousness and intelligence displayed which helped the prosecution to prove their case.

Subsequently, she was recommended by Justice Baah Forson for a promotion. The Detective Corporal has since been transferred to the Dansoman Station CID in Accra.