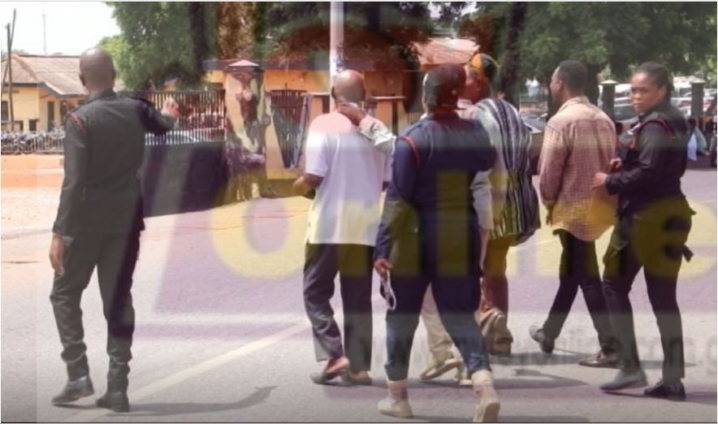 The Wa Circuit Court has granted bail to three suspects arrested in connection with the flogging of two love birds.

They were granted bail in the sum of GHC3,000 and five different sureties and are to report to the Police anytime they are needed.

Prosecuting Police Detective Sergeant, Martin Dugbatse prayed the Court to keep the three accused persons in custody, because the prime suspect, Naa Adam Seidu Pelpuo, had not been apprehended.

According to him, releasing them on bail could interfere with Police investigation since some of the suspects are at large.

However, the Presiding Judge, Jonathan Avugo did not grant the wish of the prosecutor. He argued that since the three suspects are not the persons who committed the act, there is no need in keeping them in custody hence the bail.