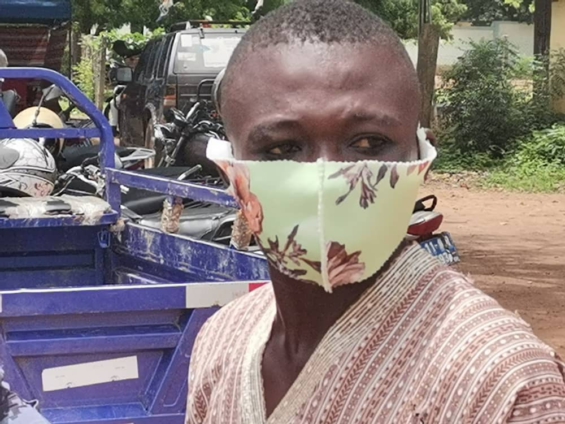 Godsguide Donatus, together with a colleague who is currently at large, robbed the victim of his Itel-S -11 mobile phone and ¢50 at gun and knifepoint in May 2019 and bolted.

He was later arrested after the victim took the police to the accused person’s house and later arraigned before the Wa circuit court in October 2019.

Prosecuting Police Detective Sergeant Martin Degbortse told the court that 23-year-old illegal miner, Godsguide Donatus Chinedu, and a colleague armed with a locally manufactured pistol and a knife on May 24, 2019, accosted the plaintiff demanded that he surrender whatever he was having on his packet.

The victim, who knew the accused very well because they lived in the same area, did not utter a word and quickly surrendered his mobile phone, Itel-11 and ¢50.

The accused persons then bolted after collecting the said items.

Appearing before the judge, Godsguide Donatus Chinedu pleaded not guilty to the robbery charge; the case, therefore, went for a full trial.

After almost 21 months of trial, two witnesses were called by the court, and the prosecution team also cross-examined the accused person.

He sentenced him to 20-year imprisonment with hard labour.