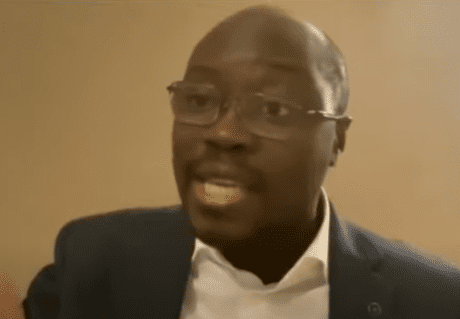 The Ranking Member on Parliament’s Finance Committee, Dr Cassiel Ato Forson is asking government to render an unqualified apology to Ghanaians for its inability to expeditiously carry out the projects in the $2bn Sinohydro deal.

Speaking on JoyNews’ PM Express on Monday, he stated that the agreement signed between government and Chinese state-run, Sinohydro Corporation Limited in September 2018 has moved like a tortoise since it was considered and approved by Parliament.

Following a rebuttal to earlier submissions by Director of Special Projects and Investor Relations at the Vice President’s office, Dr Mutaka Alolo, the MP for Ajumako-Enyan-Esiam vehemently said: “It is moving like a tortoise. I can tell you that the project has collapsed and he should just admit it that after four years if you sign 10 EPCs and you cannot boast of one single EPC completed and you are still sitting down and trying to tell the people of Ghana that you have done well.

“Apologize to us first. Apologize to the people of Ghana for not doing the project as you have to do.”

He added that “so what is your job sitting at the Office of the Vice President as the man in charge of this project. Tell us what you’ve been able to do. You have done nothing.”

According to Dr Ato Forson in his explanation, the supposed failure of the project after three years is due to its structure; one he describes as terrible.

For him, the said agreement just because of its structure was dead upon arrival.

“The very reason why the project has failed or we are not getting the resources that we need to finish the project for the people of Ghana is because of the structure. Let no one deceive you. The structure is terrible, not acceptable and was dead on arrival,” he said.

But in response to the demands of the MP for Ajumako-Enyan-Esiam, Dr Mutaka Alolo indicated that out of 10 pledged projects, six are currently ongoing.

He dismissed the notion of a failed project by stating that the Western and Central regions as some of the places where works have begun.

“You can see Tamale Interchange is almost completed. Go to Cape Coast, there are certain roads that are completed and other roads ongoing. In Western Region, Prestea Huni Valley, roads are ongoing. Go to Eastern Corridor, it is ongoing. How then do you call this a failed project?” he stated.

According to the government, the reason for the seeming slowdown in activity as far as the project is concerned is due to the phased plan along which the projects are supposed to commence.

However, it has assured Ghanaians that such a challenge should not raise calls for alarm.