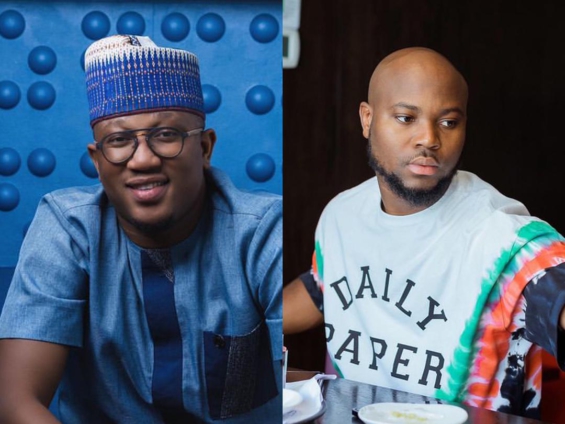 The two clashed on Showbiz A-Z on Saturday May 14, 2022, on Joy 99.7 FM. Sadiq and King Promise have had a sour relationship resulting from an alleged disrespect by the latter’s team member, Killbeatz.

In December, 2021, Sadiq Abdulai Abu took to his Facebook to lament on the treatment meted out to him by King Promise’s team. Efforts to get the singer to perform at his shows had proved futile after being treated with little to no urgency, despite making a part payment of performance fee.

Sadiq’s frustrations and disappointment emanates from the fact that he had had to endure similar treatment from the singer’s camp for the third time, which he found distasteful.

During the banter on Showbiz A-Z, King Promise spelt out clearly that he hadn’t, for once, personally disrespected the 3Music boss, and thus found it absurd that the latter would tarnish his image on social media. He also mentioned that he was oblivious of the happenings being alleged by Sadiq Abdulai.

Host George Quaye demonstrated maturity and professionalism by calming things down and seeking the way forward. An advice from panel member Ken Addy, seemed to have contributed to restraining the flying tempers, essentially influencing Sadiq Abdulai to rescind his decision of “staying in [his] corner”.

King Promise is one of Ghana’s promising talents with a rich catalogue, while Baba Sadiq has proven to be a knowledgeable and successful music business executive. With love and understanding, both can work magic and hopefully, we see King Promise at the next Wildaland Festival.