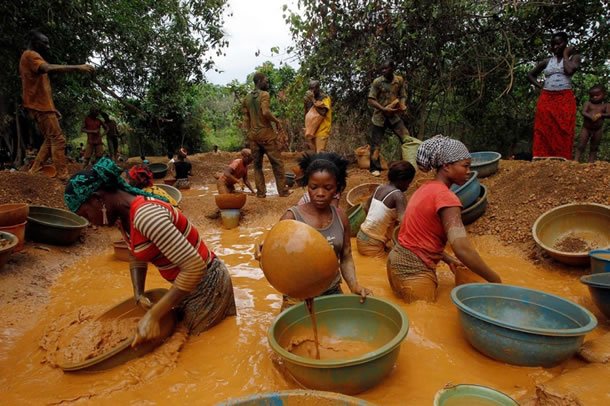 The Western Regional Command of the Ghana Immigration Service has arrested some 68 illegal miners in the region.

59 of them were foreign nationals with the rest being local accomplices.

The illegal miners were arrested on Tuesday dawn by the Immigration Service personnel during a joint operation with the Mpohor District Security Council.

The 68 galamsey operators were arrested from different locations and assembled at Adumbanso in the Mpohor district.

Assistant Commissioner of Immigration, Beatrice Okpoti said the 59 foreigners were from Burkina-Faso, Benin and Niger.

She added that the 68 illegal miners are between the ages of 20 and 39 adding that they are in the custody of the Ghana Immigration Service. 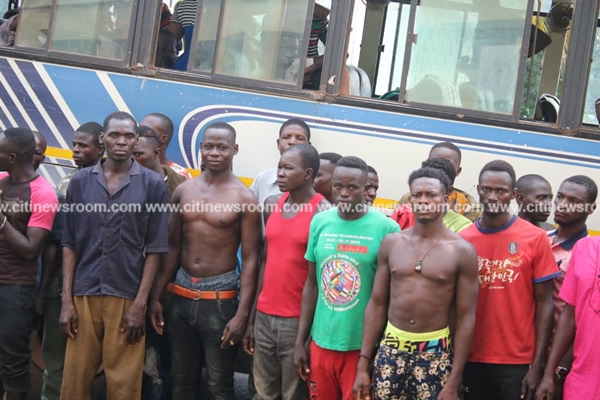 Galamsey fight not won yet

The government in 2018 lifted a ban it had placed on small scale mining also known as galamsey in the country.

Convener of the Media Coalition against Galamsey, Ken Ashigbey in December last year, said the fight against illegal mining had not yet been won.

Speaking on Citi TV’s News Analysis Programme, The Point of View, Mr Ashigbey said despite the measures adopted to permanently tackle Galamsey, Chinese nationals, who in his view are the “conveyor belts of Galamsey”, are still trooping into the country to engage in the activity.

He indicated that the Forestry Commission had also failed as far as tackling galamsey is concerned, given that most illegal mining activities are freely conducted around forest reserves.

“The fight against illegal mining is a war that has not been completed. ..I came from Adisababa today and on the flight from Adisababa there were a lot of Chinese on the flight and you look at Ghana and you wonder whether these Chinese are coming as business people or tourists. What are they coming to do? You know another interesting thing?” 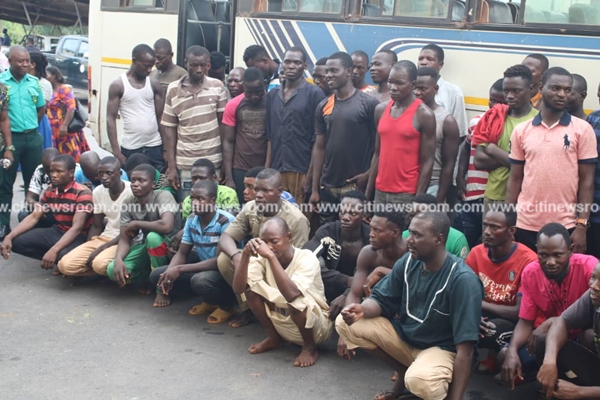 Anas expose: Nana Addo’s galamsey fight being stabbed in the back

Anas and his team exposed among other things the deep-rooted corruption hampering government’s fight against illegal mining in the country.

Anas and his TigerEye PI team in the investigative video which showed state officials, including Charles Bissue, who is also a presidential staffer, and the then secretary to the Inter-Ministerial Committee on illegal mining allegedly sidestepping the procedure for the procurement of mining licenses.

Mr Charles Bissue subsequently vacated his position as secretary to the committee and is being interrogated by the Criminal Investigations Department of the Ghana Police service.