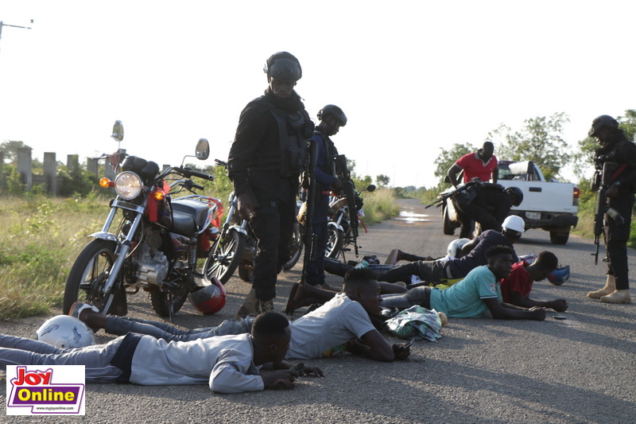 The Ghana Police Service says 59 suspects including two females have been remanded by the court since the first attacks in the Volta Region on Friday, September 25, by secessionists.

Additionally, one person who was on the police wanted list for attacking the Aveyime Police Station has also been arrested.

According to the police, he was arrested at Adzasika near Mafi Kumase in the Volta Region on October 5.

The suspect led police to a bush where he dug out firearms and ammunition he stole during the attack on the police station.

This follows a simultaneous attack launched by a secessionist group on two Police stations in Aveyime and Mepe as part of their activities to claim parts of the Volta Region as Western Togoland.

Subsequently, another group attacked the Ho STC yard and burnt two out of 11 buses parked in the yard.

The police have urged calm and have assured Ghanaians that they have the situation under control.

Meanwhile, government says secessionist groups and their activities will not be tolerated in the country despite suggestions to deal amicably with them.