Man, 42, arrested for posing as counsel for suspected Volta secessionists 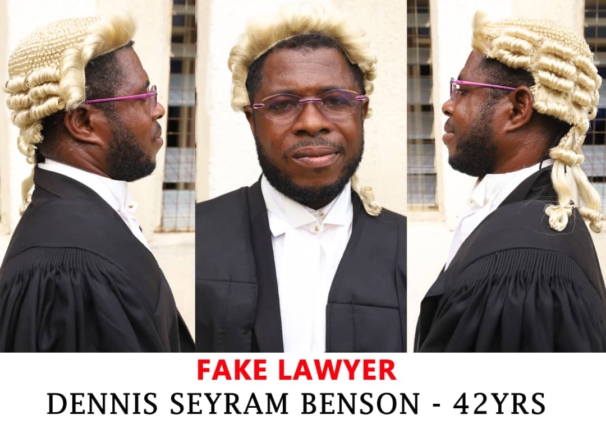 A 42-year-old man has been arrested by the Criminal Investigation Department (CID) of the Ghana Police Service for posing as a lawyer for suspects involved in the Western Togoland case.

Dennis Eyram Benson was arrested on Thursday, December 17, at the Kaneshie District Court ‘2’, when he appeared to defend his ‘clients’, according to a press release issued by the Head of Public Affairs at the CID, DSP Juliana Obeng.

He is reported to have represented the said suspects since the inception of the case in September this year.

However, “his demeanour aroused suspicion, which made the Police to investigate his background and it turned out that he was not a lawyer,” the CID says.

The suspect is currently in Police custody assisting investigations.

The suspect had been representing arrested members of the Homeland Study Group Foundation (HSGF), who had been jointly charged with conspiracy to commit a crime, rioting with weapons, and participating in a campaign of a prohibited organization namely Western Togoland, and to attend meetings of same.

They had attacked the Aveyime and Mepe police stations in the North Tongu District demanding that the region be an autonomous country known as Western Togoland on September 25.

DISCLAIMER: The Views, Comments, Opinions, Contributions and Statements made by Readers and Contributors on this platform do not necessarily represent the views or policy of Multimedia Group Limited.
Tags:
CID
Kaneshie District Court
Volta Secessionists