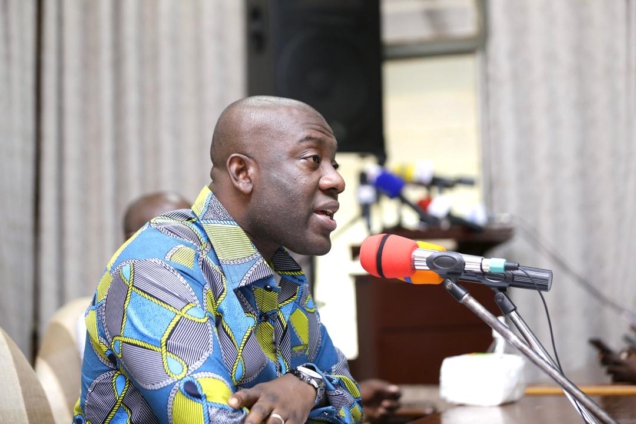 Government has challenged the flagbearer of the opposition National Democratic Congress (NDC), John Mahama, to provide evidence to back his claims that the secessionist attacks in the Volta Region were orchestrated by National Security.

The former President alleged during an interview with the Editor of the Insight Newspaper, Kwesi Pratt Jnr, Saturday, that information available to the NDC indicate that the attacks were carried out by the National Security apparatus as part of a grand scheme to suppress votes in the Region.

“The Western Togoland guys who went to put sand on the Sogakope road were not the proper secessionists. This is an instrument of National Security, and they show them what to do,” he said.

But Speaking in an interview with Joy News Sunday, Information Minister Kojo Oppong Nkrumah who spoke on behalf of the ruling New Patriotic Party (NPP), fumed at Mr. Mahama’s allegations, labelling them as ‘incredulous’ fabrications that lack basis.

He advised that politicians ensure that their campaign messages are devoid of verbal attacks directed at public institutions.

Meanwhile, the Volta Regional House of Chiefs has asked government to withdraw the security officers deployed to the Region, for fear that their presence may lead to voter intimidation on election day.

According to the Information Minister, government is addressing the issue by way of dialogue. He also pointed out that the request by the Chiefs’ has no connection with the former President Mahama’s claims.

DISCLAIMER: The Views, Comments, Opinions, Contributions and Statements made by Readers and Contributors on this platform do not necessarily represent the views or policy of Multimedia Group Limited.
Tags:
Election 2020
John Dramani Mahama
Kojo Oppong Nkrumah
Volta Secessionists