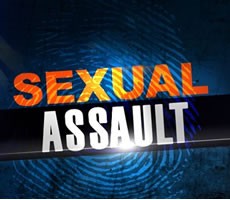 A study conducted in selected districts across the country has revealed alarming incidence of sexual abuse among young girls in school.

As much as 91.8 percent pupils between the ages of 15 and 18 surveyed said they had experienced some form of sexual abuse at the hands of teachers, neighbours, playmates or boyfriends and girlfriends.

In an interview with Joy FM, Charles Sakyi, Deputy Executive Director of the Centre for the Development of People, said the situation is alarming and is gradually turning into an accepted norm.

He added that there is an urgent need for parents to educate their girl-child about some overtures that men use in luring unsuspecting girls to bed.

According to the Ghana Education Service Director for Kwabre East District, where the incidence of abuse was high, a monitoring team has been put in place to ensure the practice is curbed.

The Chairman of the Ghana Education Campaign Coalition, Bright Appiah in an interview with Joy FM said child protection is a duty that all parents must pay critical attention to.

He further added that children are normally vulnerable when they engage in labour.