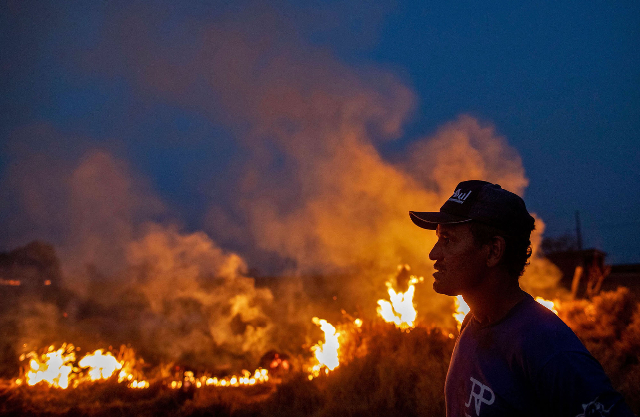 The Chairman of the Ghana Brazil Parliamentary Friendship Association is solidarising with the South American country as desperate efforts are made to put out the fire eating away the Amazon forest.

“I extend the solidarity and very best wishes of Ghanaian MPs as desperate efforts to put out fires in the Amazon rainforest continue,” Samuel Okudzeto Ablakwa said Wednesday in a write-up.

The North Tongu MP is hopeful that “political distractions and detrimental mistrust will give way to urgent concerted global action in saving what is empirically the lungs of the planet.”

For weeks now, forest fires have been burning across Brazil’s Amazon rainforest – generally a normal situation in the dry season, but the fires are much worse than normal this year.

Brazil’s official numbers now tally more than 79,500 fires this year—more than half of those in the Amazon, making this the “most active fire year in that region since 2010.”

The majority of these fires are intentional, set by farmers and ranchers to clear fields and open up land for grazing.

This development has gotten the Ghanaian legislator worried.

Mr Ablakwa said, “With over 20% of the world’s oxygen we all need to survive generated by the Amazon coupled with the scary impact on climate change, it is our expectation that the entire international community will rise to confront this existential threat and protect our collective civilization.”

“We salute all firefighters and Brazilian government officials at the forefront of combating the fires,” the former Deputy Minister said.

DISCLAIMER: The Views, Comments, Opinions, Contributions and Statements made by Readers and Contributors on this platform do not necessarily represent the views or policy of Multimedia Group Limited.
Tags:
Amazon fires