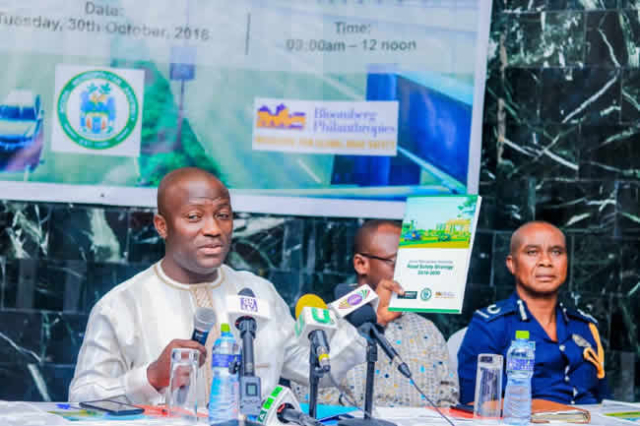 Accra has launched its first ever Road Safety Strategy as parts of efforts to reduce road traffic deaths and injuries in the city.

The strategy which spans from 2018 until 2030, was developed in collaboration with Bloomberg Philanthropies Initiative for Global Road Safety (BIGRS) and SSATP African Transport Policy Programme.

Accra mayor Mohammed Adjei Sowah, who launched the Strategy on Tuesday said, the Accra Metropolitan Assembly (AMA) recognises that road crashes remain one of the major causes of deaths and serious injuries around the world, hence the efforts being put in place by AMA-BIGRS in making the city's roads safe.

The Mayor noted that some critical issues identified in this strategy includes governance and ownership of road safety, legal framework for road safety, design and function of roads, land use, planning, and priorities, non-compliance with traffic rules by motorcyclists, driver testing, licensing and behaviour of private and commercial drivers, as well as post-crash emergency response and care.

He assured that his outfit is determined to see the strategy through, and is putting governance arrangements in place to support its agenda adding that the strategy has come to complement the massive drive by the AMA to reduce road fatalities and injuries.

“We will see to the establishment of an Accra Road Safety Council which will be chaired by me. It will be backed up by a management group and a professional secretariat. An Annual Road Safety Plan will also be prepared to identify the road safety commitments of constituent agencies, and we will publish an Annual Road Safety Report. The AMA shall further commission a road safety investment plan that identifies the need within the city," he said.

“Our four key risk factors include driving without seatbelts, drunk driving, speeding and not wearing helmets."

Mayor Sowah affirmed the Assembly's unflinching commitment to the safety of city dwellers and called on all institutions and citizens to collaborate with the Assembly to deal with carnage on our roads.

"Consider what you, your school, your workplace and your community can do to help the relevant stakeholders in the tackling of this crisis.  We must all contribute if we are to reach our goal of a safe Accra," he said.

Lead consultant for SSATP, Martins Small, on his part indicated that road safety challenges were a trauma around the world with a problem of pedestrian safety, hence the vision of the strategy to make Accra a safe city, free from road traffic deaths and serious injuries.

The AMA-BIGRS initiative coordinator,  Osei Kuffour also revealed that the initiative since 2015 has yielded positive results but was quick to add that there is more room for improvement to reduce fatalities and injuries.

“We have been able to construct 400 meters of pedestrian walkways, recovered 34km of pedestrian sidewalks, built 11-speed humps at selected locations and marked 20 new pedestrian crossing across the city of Accra. The AMA-BIGRS collaboration has helped build the capacity of 90 road safety practitioners on the International Road Assessment Programme (iRAP), 333 police and metro guards, 40 journalists, 6 city staff graduates and had set up a data unit in the AMA to effectively inform decisions," he said.

Lead consultant for World Bank, Tawia Addo-Ashong and Alhaji Iddrisu Fuseini, Deputy Director, Vehicle Inspection and Registration at DVLA, on their part, expressed their commitment to work towards the realisation of the strategy.