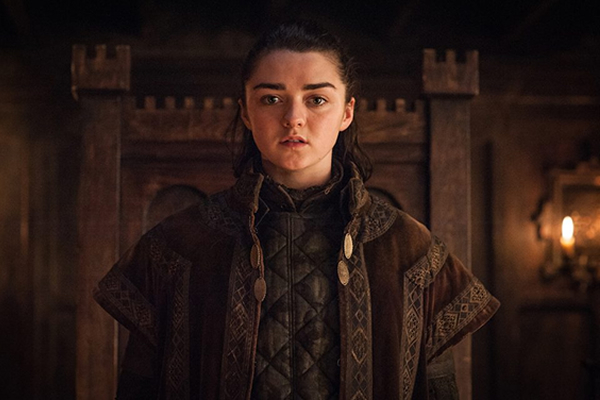 Maisie Williams says fame has had a negative effect on her mental health and self-esteem.

In an interview on the Happy Place podcast, Williams opened up about how it was a challenge navigating life as a teenager while also managing her fame from “Game of Thrones.”

Williams, who was 13 years old when she was cast as Arya Stark, said there was a period of time where she was sad after becoming overwhelmed by the criticism on social media.

“It gets to a point where you’re almost craving something negative, so you can just sit in a hole of sadness,” Williams said.

While she has tried to move past what people have said online, Williams, 22, said she still thinks about comments that hurt her.

“I still lie in bed at, like, 11 o’clock at night telling myself all the things I hate about myself,” Williams said. “It’s just really terrifying that you’re ever going to slip back into it. That’s still something that I’m really working on because I think that’s really hard. It’s really hard to feel sad and not feel completely defeated by it.”

Last month, her co-star and friend Sophie Turner, who plays her show sister Sansa Stark, said she dealt with depression during the show.

As the HBO hit series comes to an end, Williams is looking forward to her fame quieting down momentarily so she can try to experience a “normal life.”

“Honestly, I want a normal life,” she said. “I don’t want any of this crazy, crazy world because it’s not worth it.”

Williams said the first step to finding her happiness is to stop trying to be who people want her to be, and instead, focus on being herself.

“It sounds really hippy-dippy and like look within you to find peace, but it is true,” she said. “At the end of your day, you’re making yourself feel this way for a reason.”

DISCLAIMER: The Views, Comments, Opinions, Contributions and Statements made by Readers and Contributors on this platform do not necessarily represent the views or policy of Multimedia Group Limited.
Tags:
Game of Thrones
Maisie Williams