‘In pursuit of dignity’ (Episode I): Purple squirrels and The dark lord 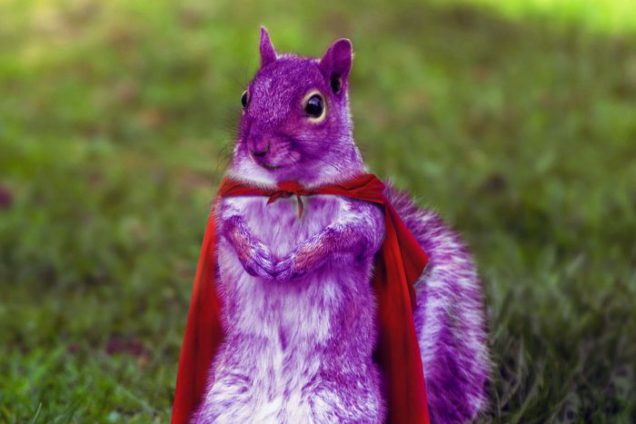 Game of Thrones (GoT) is many things to many people; it was great entertainment but also a documentary of power play and influence. The reference to GoT is particularly interesting to begin this series which seeks to talk about the blatant abuse of power by people in power and how respect for dignity has only become aspirational instead of a basic universal principle.

This series of writeups is about Jeoffrey, Yes Jeoffrey (If you are a Jeoffrey, the joke is clearly lost on you). I explore the question of why we have successfully created a society where Jeoffreys are predominately Kings and how we may build a more dignified society by building a community of effective leaders.

In season 3, episode 10 of GoT, Jeoffrey is heard screaming, “I Am King” to his council of Elders. The remarks of Lord Tywin Lannister, Head of House of Lannister and Hand of the King is particularly relevant for these series of writings: “Any Man Who Must Say I Am The King Is No True King.” The message of these series of writings is clear: the blatant abuse of power and the loud screams of ‘I am King’ is only but an empty attempt to fill a void of personal meaninglessness, a gape that only widens with the approach of being a Jeoffrey because, disrespect by people in authority only robs them of respect and by their abuse they only can court abuse from others.

If there is any message for the dark lord, it will be that you are not respected (that I am sure you know), and don’t think you are feared too. Machiavelli sure did you harm when you believed the ‘Be Feared’ rhetoric over the ‘Be Respected’. What you may not have been told is that, Niccolo Machiavelli, the Italian Theorist, whose ‘The Prince’ written in about 1513 seeded the political philosophy of realpolitik: the theory that for a ruler, it was better to be widely feared than to be greatly loved and that a loved ruler retains authority by obligation, while a feared leader rules by fear of punishment, did not last as a leader himself even at a time when monarchy was mainstream and democracy but a faint thought.

Machiavelli, your mentor, was called the “Teacher Of Evil”. You may love his idea of brute force but do not forget that he died at the age of 58 with his rise as the chancery and secretary of the Dieci Di Liberta E Pace lasting only sometime from the turn of the 16th century just till about 1512 when the Medici’s were back to power. The Medici’s, a family that successfully held unto power for hundreds of years. As a political theorist, Machiavelli emphasized the ‘necessity’ of exercising brute force or deceit, including extermination of entire noble families, to head off any chance of a challenge to the prince’s authority.

Democracy, accountability, fairness, reasonableness were all concepts completely not in contemplation, at least for the dark lord. It was all about asserting power and unfortunately 420 years after Machiavelli was proven wrong by his own life and subsequent empirical and historical facts, the allure of his theory still holds sway, so here I am still ranting about same four centuries after.

Let us start with the second part of our Episode 1: The Dark Lord. For the record, this is no shade (I am no 2B Pencil). The idea is borrowed from a study in the Journal of Applied Psychology. A study of psychopathy and the perception of leadership titled, “Shall We Serve The Dark Lords? A Meta-Analytic Review Of Psychopathy And Leadership”. I have often heard, psychopaths rule the world, and just sometimes they do. ‘Leaders’ who gladly show psychopathic tendencies as a means of show of power abound in the corporate and political world. Malevolence has become definitive of corporate and political culture and Psychopathic traits like callousness, displaying a lack of empathy and emotion, possessing a ‘grandiose sense of self-worth’ and plain narcissism has become the ladder up the corporate dog-eat-dog world.

Let’s get the record straight, psychopathy is a mental disorder, a chronic abnormal, unstable, and aggressive person. So, before preferring to be Lord Rahl of Legend of the Seeker, remember psychopathy is a state of ill health.  Interestingly however, respondents to the research Viewed the ‘sick guy’ as more of a leader although other studies show 66% employees will leave their jobs led by a psychopath and for millennials the percentage that will quit is up to 76%[1]. 3 out of every 4 millennial will prefer to work in a context where they are appreciated and respected and yet somewhere in the ‘sick guy’s’ head, he is viewed as the lord, primed by the continuing rhetoric of: ‘the king is clothed’ as he bears his butt stark naked.

Undoubtedly, the ‘sick guy’ is clearly failing at the one thing a leader should be good at, collaborating with others to achieve a far greater purpose, and yet he is still viewed as a leader. This is the dilemma that has fed the Martyrs’ Complex of the Psychopath for many generations. He almost views himself as the Messiah who rose Lazarus from the dead and yet the ungrateful Pharisees desire to stone him for his feats unimaginable; retards, he assumes all men are, lazy and cuddled needing the rod that whips to his whim.

These writeups are serialized because I have so much to say, experiences to share, legal opinions to proffer and real-life examples to discuss. The culture of abuse is so endemic that, like a slaughtered elephant it must be dished piecemeal. Before finding words to draw the curtain on this episode, however, let’s find merit in the first part of episode one; the purple squirrels.

The purple squirrel is your typical Golden Fleece. The story goes something like this: Among the people who dwelt in the Colchis Mountains, there existed a garden of the gods and there hanged a mystical flying ram from the tallest oak, guarded by a dragon who never slept. Jason was a young man and the leader of the Argonauts (a band of heroes in Greek mythology). He was a descendant of Aeolus, the rightful heir of the throne of Iolcus, whose throne was usurped by Pelias after the death of King Cretheus. The prophecy was that because of the tyrannical nature of Pelia, a descendant of Aeolus would seek revenge, a man who wore one sandals.

Pelias however put to death every prominent descendant of Aeolus but spared Aeson whom he kept a prisoner and forced to renounce his inheritance. Aeson married Alcimede, who bore him a son, Jason. Jason after a long exile with his mother returned to Iolcus but on his way lost his sandals. He challenges Pelia for the throne as a descendant of Aeoson. Pelia minded about the prophecy of the man in one sandal and all too familiar with the tact prescribed by Machiavelli sent Jason on an impossible journey, a journey to rescue the golden fleece protected by the dragon.

Jason had three seemingly simple tasks. First, plough a huge field full of oxen that lay between him and the fleece. The catch however was that the oxen’s breath was flicking fire. He was therefore expected to clear the field with the heat literally at his back. The second task was to plant a serpent’s teeth and watch an army of the dead grow as he wrestles the scorn of the old drain his young zealous ambition. The third task was to overcome the guardian of the fleece, climb the tallest oak and cease the fleece.

Long story short, Jason succeeds after a long arduous journey, helped by the crew of Argonauts. He seizes the fleece, takes Pelia’s daughter and revenges by killing Pelia’s son. The journey was intended to make Jason compassionate and yet his own pain had blinded him, pouring blood like Pelia. He had become that which he was to heal, bad leadership. His killing however incurs the wrath of the titans to his own ill-fate subsequently.

The moral of the story is that the purple squirrel is an employer’s ultimate prize, the employee with precisely the right education, set of experience, and range of qualification that perfectly gets the work done. The problem however is that purple stands out and that can be very problematic for the dark lord who only sees himself and cannot be challenged in any form. The purple squirrel who thus should be the dark lord’s most priced possession can easily become his worst enemy because he threatens his sense of security.

The question to be asked is, how did we become such a weak people who can barely tolerate any diverse opinions? How did any questioning, any disagreement, any contrary opinion become a basis for enmity? How did we end up with a leadership mindset that can only praise its own shadows to the detriment of what is necessary for the vision? How have we eaten our tongue so malice may thrive in their sickness? How have we normalized the abuse of sick people in the name of pride? How pleasing did cutting our nose spite our face? Why are even the purple squirrels not tired of sucking to the madness? Why are we okay being abused? Why?

I have too many things to say, but as my people say, “if one follows the soothing taste of the fish, he shall dry up the volta”. I will be back with Episode 2 where I explore the Concept of Dignity and the Gatemen. Until then, let us conclude with the thoughts of Cosimo de’ Medici (1389–1464), a man of greater success than Machiavelli, a Florentine financier, statesman, philanthropist, the man who consolidated the Medici family to rule Florence for three centuries, renowned for his generosity, mildness, and wit and reported at his death as the wealthiest man in Europe: “There Is In The Garden (Of Life) A Plant Which One Ought To Leave Dry, Although Most People Water It. It Is The Weed Called Envy”. I am a young man who is tired of our leadership culture in Africa. I am a lawyer who is sold to protecting the Environment, Societal harmony, and good Governance. My name is Yaw Sompa, and I believe dignity is possible for all humans. #UHURU!