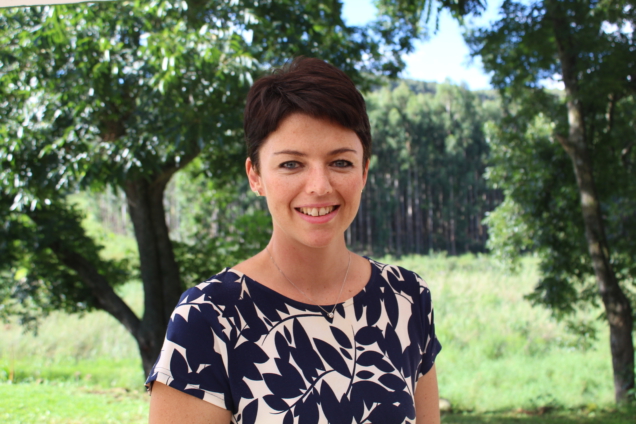 Several international agricultural journalists have been honoured for their excellence and leadership in sharing agriculture stories.

This was during the 38th annual Alltech ONE Conference (ONE) in Lexington, Kentucky, where organisers hosted 65 journalists from over 20 countries.

Over 213 journalists were in attendance virtually, representing nearly 35 countries.

“No other business sector is as integral to planetary health. The stories of agriculture production, industry innovations and sustainability efforts must not only be told but told well, which underscores the importance of the work of agricultural media.”

This recognition honours Alltech’s late founder, Dr Pearse Lyons, who was a passionate storyteller with great respect for agricultural journalists.

Botha is an agricultural journalist and communications specialist and serves as the deputy chairperson of Agricultural Writers South Africa.

She has an unrelenting passion for agriculture and for writing stories that serve to enhance the sector and arm farmers with the knowledge they need to succeed in these times of political, climatic and economic uncertainty.

“The fast pace at which the agricultural landscape is changing necessitates an increased awareness to ensure that journalists are up to date with the latest trends and technology, and Botha prides herself on effectively and timeously communicating these advancements to farmers.

“A core focus of her work is communicating success stories within agriculture and ensuring that the sector is seen as a positive contributor to social change and economic upliftment. Alltech is also proud to partner with the Latin American and Caribbean Network of Agricultural Communicators (Red CALC),” Dr Lyons said.

The ninth annual Innovation and Quality Awards in Agricultural Journalism were presented to Sofia Neumann of Chile and Nicolás Gómez Bernal of Ecuador.

Neumann’s winning article, entitled ‘5 Chilean innovations that will impact the agricultural industry,’ was published in Chile’s Financial Journal and addressed the impact of the adoption of research and development in the fruit sector of Chile.

“Neumann highlights how the country has positioned itself as the main fruit exporter in the Southern Hemisphere with advances in areas such as breeding technologies, the automation of labour and fruit processing. Today’s biggest challenge is the transfer of knowledge to medium and smallholder farmers,” he said.

However, the new Fusarium fungus, known as Tropical Race 4, could directly affect this sector. As such, different regional agencies and governments have begun taking proactive steps to help prevent the spread of this plague.

The IFAJ–Alltech International Award for Leadership in Agricultural Journalism and the Red CALC Innovation and Quality Award in Agricultural Journalism align with Alltech’s vision of Working Together for a Planet of Plenty, in which a world of abundance is made possible through the adoption of new technologies, better farm management practices and human ingenuity within agriculture.

The Alltech president said they are proud to partner with these organisations and to support the mentorship and education of these communicators, who connect agriculture to a global audience and share the stories of agriculture through balanced, independent, evidence-based information.

“IFAJ and Red CALC share our commitment to supporting journalists who give a voice to the farmers and producers, the innovators and change-makers, and the scientists and scholars all working toward a Planet of Plenty,” said Lyons.

“On behalf of Alltech, I congratulate Lindi Botha, Sofia Neumann and Nicolás Gómez Bernal as the well-deserving recipients of these awards.”