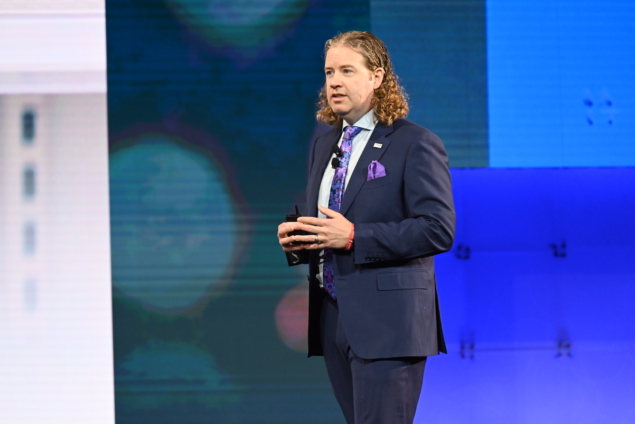 Dr Lyons is concerned despite the evidence from scientists that the planet is in trouble, concrete action to deal with the problem has been lacking.

“We’ve had the science about climate change for years. The first carbon dioxide measurements in the atmosphere were actually measured in 1958…We have had adequate information since then. The scientists were never in doubt. We simply didn’t want to trust them. We didn’t accept that information,” he observed.

“We were not motivated enough to take action, so we lost the opportunity to simply overcome the climate crisis by minimising our impact. So today, simply minimizing or cutting, being less bad, is still bad,” he noted.

Dr Lyons called for unified global efforts to protect the planet. “We must unify and take action, today, for the future of agriculture and our planet,” he said.

“Together, we have the collective courage and impact to work together for a Planet of Plenty™,” he added.

Dr Lyons was speaking during the Alltech ONE Conference (ONE) in Kentucky, USA. Now in its 38th year, the conference brought inspiring keynote speakers and more than 100 industry leaders to share valuable insights in live workshops and focus tracks.

The discussions sought to uncover the challenges and opportunities in agriculture, business, health, and wellness, as well as professional development.

ONE welcomed nearly 2,000 international delegates in person, with an additional 5,000 participating virtually.

The company says its products improve the health and performance of plants and animals, resulting in better nutrition for consumers and a decreased environmental impact.

Alltech ONE Conference unites changemakers and thought leaders in a collaborative exploration of solutions within agri-business and beyond.

Speaking at the conference, Paul Polman, a former CEO of Unilever, said the lack of collective action to tackle the climate crisis is unjustifiable.

“This wonderful planet is 4.6 billion years old. If I put that on a scale of 46 years, human beings have only been around for four hours. The industrial revolution only started a minute ago. And in that one minute, we cut down 50% of the world’s forests,” he observed.

“Unfortunately, deforestation is increasing. In the last 5 decades, we’ve lost about 68% of the world’s species; birds, mammals, and vertebrates.

“World overshoot day last year, which is the day we used more resources than the world can replenish, was July 29. I will argue that after that day, we are actually stealing from future generations,” Polman added.

He says more sustainable measures are needed to protect the planet.

“We are living well beyond our planetary boundaries…We need to move to more sustainable and more circular models (of protecting the planet),” Polman noted.