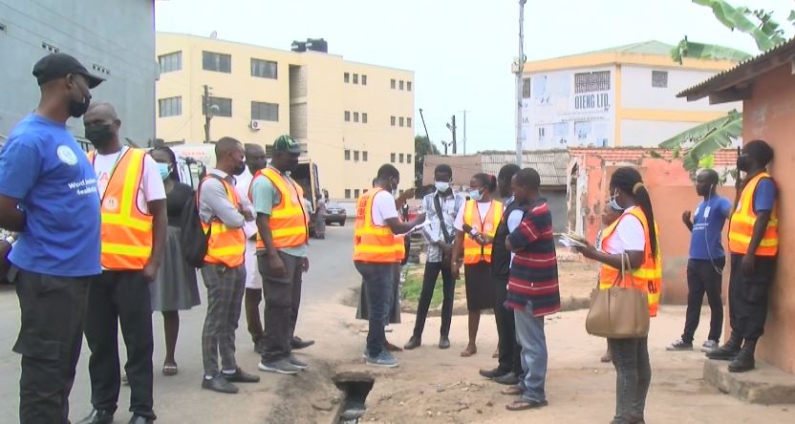 Sanitation officials of the Accra Metropolitan Assembly (AMA) have cautioned seven persons in Kaneshie Pramprom to ensure their environs are clean or risk prosecution.

They include a landlord and some residents who were charged to clean their surroundings immediately.

This forms part of the ‘Operation Clean Your Frontage’ initiative, a vision of the Greater Accra Regional Minister to make the national capital one of the cleanest cities in Africa.

A landlord, Nathaniel Darko, and his tenants were given two weeks to construct a toilet facility or prepare to face court.

“If you start and we can see that you’ve started something, we can extend the days. Inform all residents and those occupying this premises; tell them AMA says it is a requirement that you get a toilet facility in the house you are living in.

“I can imagine the number of people living in this house. If you go to the public toilet at night and they have closed, you’d do it into the public drain. At the end of the day, diseases like cholera and typhoid will come to haunt you.

“We mean it; in two weeks, we are coming back to this premises, and if we come and you’ve not started anything, we are taking you to court,” the task force leader, Ishmael Tago, stated.

The task force promised to deal with the other six residents who received caution notices after two weeks if they flouted the law without fail.

This was, however, characterised by confusion as some residents opposed the regulation, which requires owners and house occupants to ensure a clean frontage.