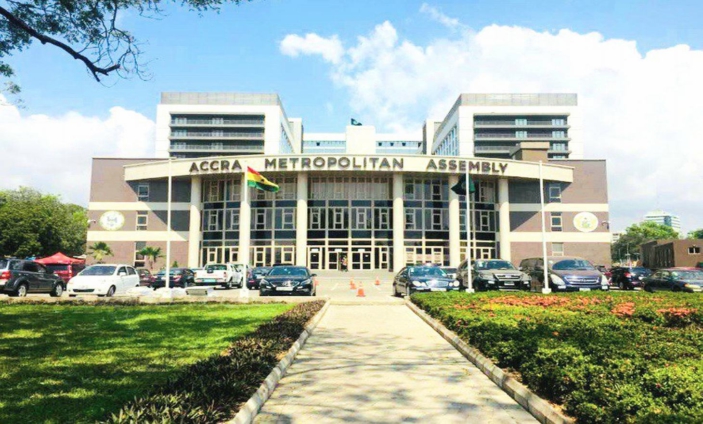 Environmental Health Officers from the Accra Metropolitan Assembly (AMA) have stopped a church operating in a house at Zoti near Korle-bu Teaching Hospital in Accra.

The El-Roi Fellowship a non-denominational prayer centre founded by Apostle James Asuako Sarkordie was stopped for operating without a permit and making noise, especially near a health facility.

AMA Health Director, Florence Kuukyi who ordered the task force to dismantle the tent under which the prayer session was taking place said the landlord had altered the building permit covering the house by holding church activities to disturb tenants in the house.

She said holding church activity in the house was not part of the original permit he held and therefore they cannot continue operating.

She explained that according to the Ghana Standard Health Protection requirements for ambient noise control code GS 1222:2018 the allowed noise produced in residential areas should be 55db during the day from 6 am to 10 pm and 48db at night from 10 pm to 6 am.

She cautioned that anything above the specified level was an offence and cautioned residents to be mindful of the noise levels they produce to avoid prosecution.

The landlord of the house, Mr Owusu Kyere Akoto, who doubles as a member of the fellowship challenged the officers for their actions arguing that worshipping in the house does not go against the law.

Mr Owusu Kyere Akoto was handed a summon to report to the Accra Metropolitan Assembly’s office.