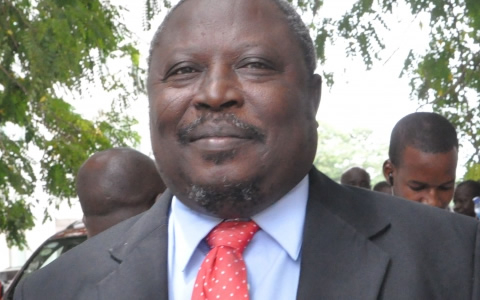 The Supreme Court has granted former Attorney General Martin Amidu's request to orally examine businessman Alfred Agbesi Woyome from whom the state is trying to retrieve 51.2 million cedis wrongfully paid to him.

Mr Amidu had earlier told the court that an opportunity to question the businessman will unravel how Mr Woyome spent the about 51.2 million cedis paid him by government in 2010 for no work done.

This he said, was crucial in ensuring a speedy retrieval of the money.

The A-G's department and lawyers for Woyome opposed the motion, arguing Mr. Amidu couldn't be allowed to do the oral examination because he was not a direct beneficiary of the amount.

Mr. Amidu's application became necessary after the Attorney-General, Marietta Brew Appiah-Opong filed processes to discontinue with her own application for an oral examination of the businessman.

The court in its ruling read by Justice Anin Yeboah said the amount in contention was colossal and no serious effort hand been made to retrieve it since a Judgment was delivered two years ago ordering the retrieval of the money.

According to the court, Mr. Amidu is not retrieving the money for himself but for the State. Alfred Agbesi Woyome was ordered to appear for examination on 24th November, 2016.

Joy News' Joseph Ackah-Blay reported that Mr. Woyome stormed out of the courtroom after the judgment was delivered, visibly upset.

It has been more than two years since the Supreme Court ordered the state on June 22, 2014 to collect the monies it wrongfully paid the businessman.

The judge described the payment as a scheme to 'create, loot and share', a description that has seen stuck with the opposition.

But the state has been unable to retrieve the money years after the judgment. The Attorney-General recently brought an application seeking an order to orally examine Woyome since all efforts to identify his properties for purposes of auctioning failed.

The order was granted but the A-G went back to court to discontinue the process, forcing Mr. Amidu – who obtained a court order for the retrieval of the amount – to file a motion asking to be allowed to examine the self-proclaimed financier of the governing National Democratic Congress.

With the new orders, the stage is set for an epic legal battle between Martin Amidu described also as 'citizen vigilante' and the businessman.

The ruling sparked congratulatory messages on social media to Martin Amidu. Veteran journalist Abdul Kweku Baako could not hide his excitement as he took to the studio of Accra-based Peace FM and danced.

The court, however, struck out as scandalous and unsubstantiated, a claim made by Amidu that President Mahama ordered his Attorney-General to discontinue the case against Woyome.