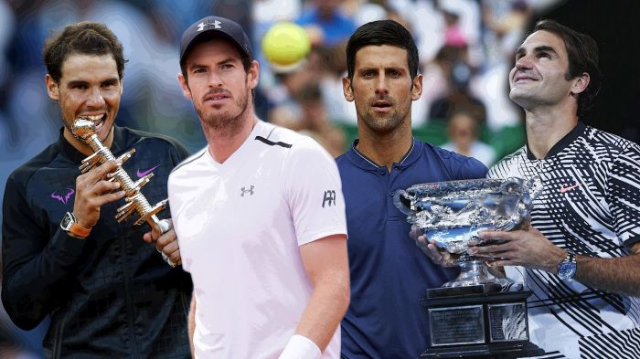 The Wimbledon Men’s draw has pitted reigning champion Andy Murray and French Open champion Rafa Nadal in the same side of the draw.

The All England club broadcast the draw via a live radio feed on Friday morning, with Nadal joining Murray in the top half of the draw and Roger Federer alongside Novak Djokovic in the bottom half.

The top-seeded Scot will start his title defence against either a qualifier or a lucky loser, setting up a possible all-British opener against Alex Ward on Monday.

Murray was knocked out of the semi-finals of the French Open in Paris by Stan Wawrinka earlier this month and lost his only tour outing since that match to lowly-ranked Australian Jordan Thompson on the grasscourts of Queen's Club.

And despite having withdrawn twice from exhibition matches in London this week because of a hip problem, the world number one is expected to be begin the defence of his crown on Centre Court on Monday July 3.

A projected quarter-final draw is as follows:

Roger Federer begins his bid for an eighth title against Alexandr Dolgopolov, while Nadal will open against John Millman and second seed Novak Djokovic starts against Martin Klizan.

Djokovic, whose form has been patchy for much of 2017, could face a resurgent Juan Martin del Potro in the third round, who reached the semi-final stage back in 2013.