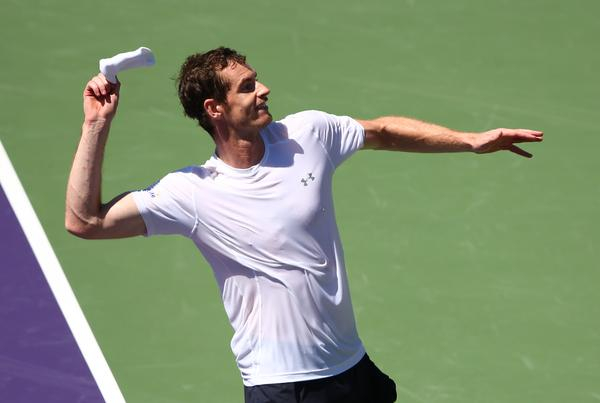 The Scot had defeated Berdych in the last four of this year's Australian Open and he repeated the feat, completing a 6-4 6-4 victory following a break-filled encounter in Florida.

Targeting his third Miami title, Murray started by seizing a break in the opening game, but Berdych set the tone for a topsy turvy match when he broke back with a fierce forehand in the next game.

Murray told Sky Sports 3 afterwards: "I did most things well, there's not a lot I could complain about.

"My second serve was much better in the second set, I served well on the big points and got a lot of free points behind my serve.

Asked what he would have to do in a possible match against Djokovic – should the world No 1 beat John Isner in the other semi-final – he said: "Play better than I did last week, that would be a good start!

"I know I need to play high-level tennis, he returns well so I need to get the balance right of being patient but dictating points when I get the opportunity.

"I'll also be aggressive against the second serve, I'll be inside the baseline attacking – that's something I've done well this week and didn't do at Indian Wells, so that's something different.

"And just hopefully play a cleaner match. But I've played well this week, much better than I did at Indian Wells."