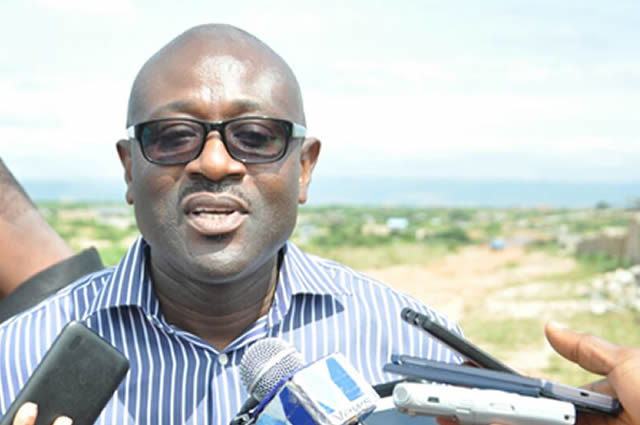 King makers of Appolonia have backed real estate developers, Sino Africa Development Company Limited, following reports that the company was working towards developing lands that it does not own.

Chief of Appolonia, Nii Tettey Mansro, says contrary to reports circulating in the media, the real estate developers are the true owners of the over 1,000-acre land in the Kpone-Katamanso district of the Greater Accra Region that Gbetsile chiefs and residents also claim to own.

“We would like to send a word of caution to those who are illegally encroaching on the lands and wish to state that legal actions shall be instituted against any individual or group of persons who continue to unlawfully encroach on the property,” the Appolonia chief said Wednesday September 7 at a press conference.

Chiefs and residents of Gbetsile a community in Kpone-Katamanso, have been in a long drawn out battle with Sino Africa over the land, claiming that a significant chunk of the land belongs to them.

According to Gbetsile chiefs, Sino Africa did not buy the land from the true owners.

However, at a media event to set the records straight, Nii Mansro, flanked by two two kingmakers of Appolonia – a Nii Seth Gbli Nartey and Nii Seth Affum – said the Gbetsile chiefs are claiming what is not theirs.

He said there was a visible demarcation of where Gbetsile lands end, attributing the action of the Gbetsile chiefs to greed.

“Those parading themselves and holding press conferences showcasing land title certificates as having purchased Appolonia lands are all null and void as they acquired those documents illegally,” he said.

Nii Mansro explained thay Sino Africa approached them – the accredited grantors of Appolonia lands – with a proposal to build first class, low cost apartments in the area. After negotiations, Sino Africa secured a 75-year lease agreement and the land was released to them, he said.

“The area released to the company does not fall within the jurisdiction of Gbetsile and as such fully falls within the lands of Appolonia,” Nii Mansro said.

Photo: The over 1,000-acre land earmarked for development

The dispute over the land is currently before a court but this has not stopped other real estate agents, who claim to have gotten clearance from Gbetsile Chiefs, from encroaching on the land.

Meanwhile, Operations Manager of Sino Africa, Gabriel Forsby, said the opposition of the Gbetsile chiefs towards efforts to develop the land is adversely affecting investments.

He said prior to acquiring the land, Sino Africa, a subsidiary of the Jospong Group of Companies, checked with the relevant authorities that declared Appolonia chiefs true owners of the land.

“Although we bought the land from the right owners, we have met the Gbetsile chiefs and all parties involved in the dispute and agreed that in the event that the court rules that they own portions of the lands, we shall compensate them”, he revealed, but said this has not stopped encroachment.

He said it was unfortunate that the company’s name is currently in the news for the wrong reasons.

““We have stated that we do not take interest in taken over lands which do not belong to us”, he said.