As a matter of necessity, demolish Budumburam camp – Gomoa Fetteh chiefs to government 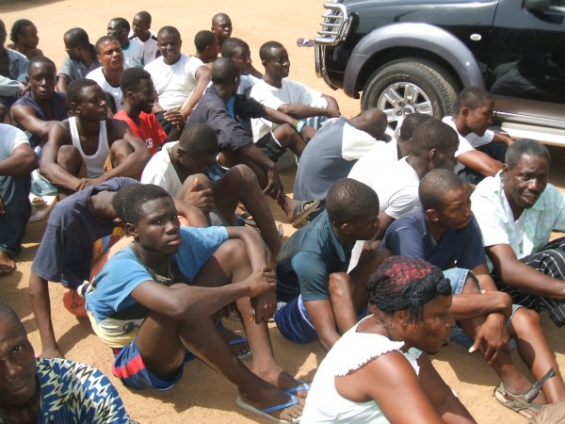 Traditional authorities at Gomoa Fetteh are calling on government to, as a matter of necessity, demolish the structures at the Budumburam refugee camp and reintegrate inhabitants.

They say the camp has become breeding grounds for criminal activities in the Kasoa area and poses a grave concern for the people.

Addressing a news conference at Gomoa Fetteh, Chief of Gomoa Fetteh, Nana Ahor, said such a move will be in the interest of the people at KASOA and the security of the country as a whole.

They maintained that the camp has outlived its usefulness, hence, the calls for the demolition to make way for other projects.

“The camp has become a haven for prostitutes, wee smokers, robbers and other people of other social vices, and this is not the first time we are making the call,” he stated.

The ‘Mankrado’ for Gomoa Fetteh, Nana Akwasi Quansah, said their call for the demolishing of the camp is a major security concern that would be a good omen for residents.

“I have called on several commanders who have been to the area to demolish the camp, but to no avail and because we have no power over it, we can’t demolish it, but if the government does not do it, they can give us the green light,” he said.

He explained they have plans of redeveloping the area into markets, schools and other social amenities for the benefit of the residents.

The chief, Nana Abor Atta II, who also added his voice to the call, bemoaned the high rate of criminal activities, stating they do not speak well about the community.