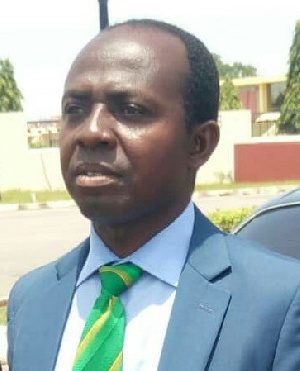 This is his justification for an impending demolition geared at returning the 141 acre land back to its original owners.

The refugee camp has been home to many Liberian and Sierra Leonean nationals for more than 3 decades. This was after the two West African countries were plagued with civil wars.

The wars have since ended with the United Nations withdrawing its recognition of the area as a camp for refugees.

Some refugees took advantage of the various packages and moved out of the camp while others opted to remain.

The Gomoa East Assembly in a notice dated September 29, informed the residents of the former refugee camp that September 30 is the final day for relocation.

It also informed residents that the area will be demolished any time after September 30.

Residents have since been up in arms. A section hit the principal streets of the camp on Thursday serving notice of staying beyond September 30.

While some say they do not have any place to relocate to, others are simply asking for adequate compensation package to enable them start life elsewhere.

The DCE says the Assembly has simply been tasked by government to communicate the impending demolition.

He told JoyNews, the Assembly lacks the funds to provide compensation. He further argued that the area is no longer a refugee camp but rather serving as a haven for criminals.

“Robbers are often chased to that place. It is the same Buduburam that two robbers were gunned down one hot afternoon. The place itself has outlived its usefulness. By that I mean it has seized to be a damp since 2010”.