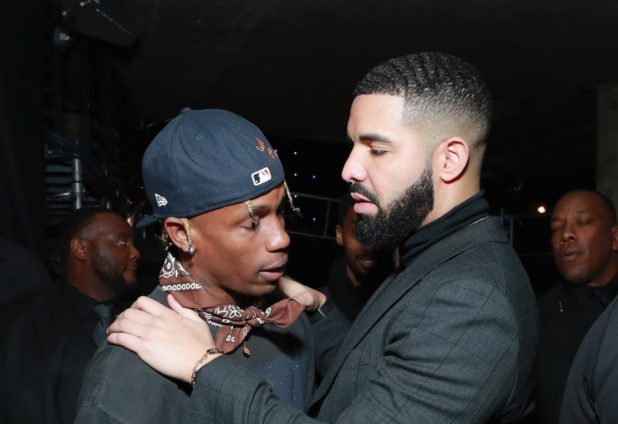 US rapper Travis Scott is facing legal action after at least eight people were killed and hundreds injured in a crush at his Texas festival Astroworld.

One injured concertgoer has accused Scott and surprise performer Drake of inciting the crowd and is seeking $1m (£741,000) in damages.

Neither has commented on the lawsuit. In a statement following the crash, Scott said he was working to help the families of the victims – the youngest of whom was just 14.

Meanwhile, tributes have been paid on social media to those killed.

“Dancing was her passion and now she is dancing her way to heaven’s pearly gates,” the family of 16-year-old Brianna Rodriguez said in a statement.

The surge began at about 21:15 local time on Friday (02:15 GMT Saturday), when panic broke out as the crowd pressed towards the front of the stage during Scott’s headline set.

Lucas Naccarati told BBC Radio 5 Live that within three minutes of the rapper coming on stage, he “was pretty sure people [were] going to be dying”.

“You couldn’t move, you couldn’t scratch your own face, [that’s how] tight it was,” he said.

According to a report in the New York Times, Houston police chief Troy Finner personally visited Mr Scott’s trailer to express “concerns about the energy of the crowd” ahead of the performance.

The city’s fire chief, Samuel Peña, was quoted by the Times as saying that Mr Scott and the event’s organisers could have intervened.

“The one person who can really call for and get a tactical pause when something goes wrong is the performer,” Mr Peña said. “They have that bully pulpit and they have a responsibility.”

Police in the Texas city have launched an investigation, including looking into separate reports that somebody in the audience was injecting people with drugs.

Several concertgoers had to be revived with anti-drug overdose medicine, including a security officer who police said appeared to have an injection mark in his neck.

Local police declined to confirm or deny the Times report or offer details on the drug investigation to the BBC.

What do the lawsuits say?

One suit filed by 23-year-old attendee Kristian Paredes accuses Scott and Drake of inciting “a riot and violence”, and claims the venue and entertainment company Live Nation failed to provide adequate security and medical services.

The suit, seeking $1m in damages, says Mr Paredes “felt an immediate push” at the front of the general admission section, before “the crowd became chaotic and a stampede began”.

“Many begged security guards hired by Live Nation Entertainment for help, but were ignored,” it adds.

Mr Paredes is described as having suffered “severe bodily injuries”.

Scott, Live Nation and concert promoter Scoremore are also named in another suit seeking $1m in damages for Manuel Souza. Mr Souza is described as having suffered “serious bodily injuries when the uncontrolled crowd at the concert knocked him to the ground and trampled him”.

Live Nation has not yet commented on the lawsuits but has said it is “working to provide as much information and assistance as possible to the local authorities as they investigate”.

High-profile US lawyer Ben Crump announced on Sunday that he was also representing concertgoers in legal action following the crush.

He filed a lawsuit on behalf of 21-year-old Noah Gutierrez and said he expected to file more for other alleged victims in the coming days. “We will be pursuing justice for all our clients who were harmed in this tragic and preventable event,” Mr Crump said.

It is not the first time that Scott has faced legal action over a concert.

In 2018, he pleaded guilty to a public disorder charge after he was accused of encouraging people to rush the stage at a concert in the US state of Arkansas. According to a local newspaper, he also paid nearly $7,000 (£5,186) to two people who said they were injured at the event.

In his first statement after the crash on Friday, Scott said he was “committed to working together with the Houston community to heal and support the families in need”.

He later posted a video on Instagram encouraging anyone with information about the incident to contact the authorities.

A makeshift memorial has been set up along some fencing near the entrance to the festival grounds.

Ruby Ayala, 19, came to pay tribute with her family. This was Ayala’s first music festival. She went with her sister and some friends – and they made new friends among the crowd.

One of them was Franco Patino, who had travelled to Texas from out of state. He has now been confirmed as one of the eight victims.

“He had told us he would protect us because he had been to concerts like these before,” Ayala said in tears. “I thought to myself, ‘I’ll just stick with him’.”

When the commotion began, they thought it was a mosh pit, a popular dance at music events that involves people pushing against others. But then everyone around them started having trouble breathing and it was hard to get out.

They soon lost Patino in the crowd. “If I would have moved over just a little bit, that could have been me.”