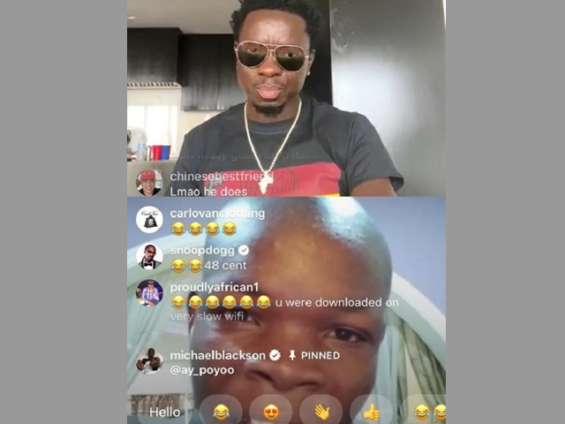 Budding musician, Ay Poyoo has gained the recognition he sought when he had a conversation with American actor and comedian, Michael Blackson.

His performance amassed funny reactions from the followers and one that could not be overlooked was the reaction of American rapper and producer, Snoop Dogg.

He commented with a funny emoji as he acknowledged the music of the 20-year-old who has made his presence known since the beginning of the year.

Meanwhile, one fan after Micheal’s comic conversation with Ay Poyoo, edited him into the music video of Ay Poyoo’s ‘Goat’.