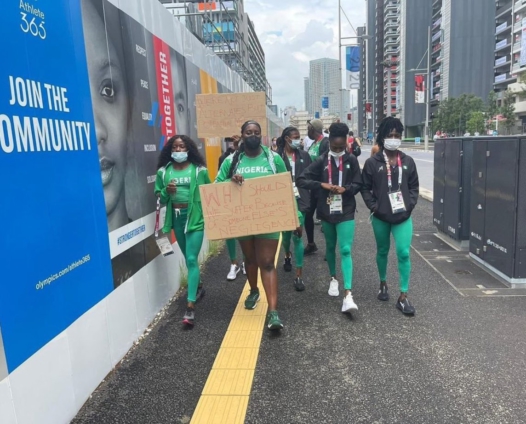 A group of Nigerian athletes – who were ruled ineligible to compete at the Olympics in Tokyo – have held a protest in the Japanese city.

On Wednesday, the Athletics Integrity Unit (AIU) ruled that a total of 20 competitors, including 10 from Nigeria, would be unable to take part in the competition because of non-compliance with out-of-competition drug testing requirements in the run-up to the games.

The athletes held placards criticising officials, with one saying: “why should we suffer because of someone else’s negligence”.

A Nigerian journalist has shared pictures of the protest:

Athletes from #NGR declared ineligible to compete at the #Olympics took to the streets in protest.

10 ruled out because of their official’s non-compliance with out-of-competition drug tests. pic.twitter.com/Aq8daDYQgz