Tokyo Olympics: Russians win most medals since 2004 despite competing as ROC because of ban 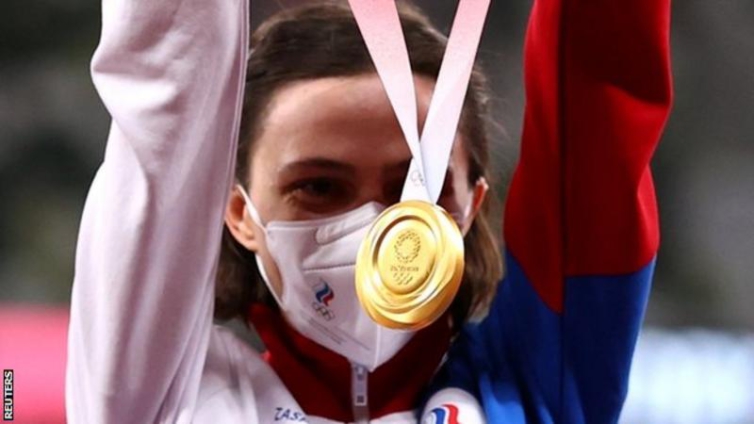 Russian athletes are going home with their most medals since 2004 even though their team, flag and anthem were officially banned from the Tokyo Olympics.

Competing as the Russian Olympic Committee (ROC) as punishment for a state-sponsored doping scandal, their athletes won 20 golds among their 71 medals.

It meant they finished fifth in the medal table, surpassing the tallies they had at Games including London 2012 and Beijing 2008 when they competed under their own flag.

They have won three more medals than they did in London and 11 more than in Beijing, as well as 15 more than at Rio 2016 when they competed under a neutral flag. In terms of golds, they won one more than in Rio and matched their number from London.

Their gold-medal tally could have been even higher here had they not missed out on victories in events they have dominated for decades, such as the rhythmic gymnastics, while being restricted to 10 competitors in track and field limited their medal chances there.

ROC president Stanislav Pozdnyakov has deemed these Olympics “successful” for their team, but critics say the success makes a mockery of the sanctions, and their athletes have at times faced questions about whether Russians should even have been in Tokyo.

In the arenas the Russians have handled this scrutiny calmly, with swimmer Evgeny Rylov saying American Ryan Murphy was entitled to voice his opinion that his race was “probably not clean” given Russia’s doping past.

And high jumper Maria Lasitskene, who missed Rio 2016 because no Russian track and field athletes were allowed to compete there, said she could understand the misgivings.

“What happened five years ago probably should have happened. It shattered many careers, including mine, but probably I had to stand strong so that this [gold medal] would now hang around my neck,” she said after her victory on Saturday.

“You have to get over that, you have to accept that. You have to understand that there are people who think you should not be here at all. And I understand them too, and I know why they think that, but I put too much of myself into this to just give up.”

More than 300 athletes across 30 sports competed as the ROC in Tokyo and their successes included golds in the men’s and women’s team gymnastics events, four wrestling golds and top spots in shooting, fencing and swimming.

They have watched a white flag with Olympic rings and three flames being raised while they stand on the podium, competed in kits without a Russian flag – albeit they were permitted red, white and blue tracksuits – and listened to a piano concerto rather than their national anthem when they won gold.

Russia’s ban from all major sporting events runs until December 2022 and so its athletes will continue to compete as the ROC at the Winter Olympics in Beijing next year.