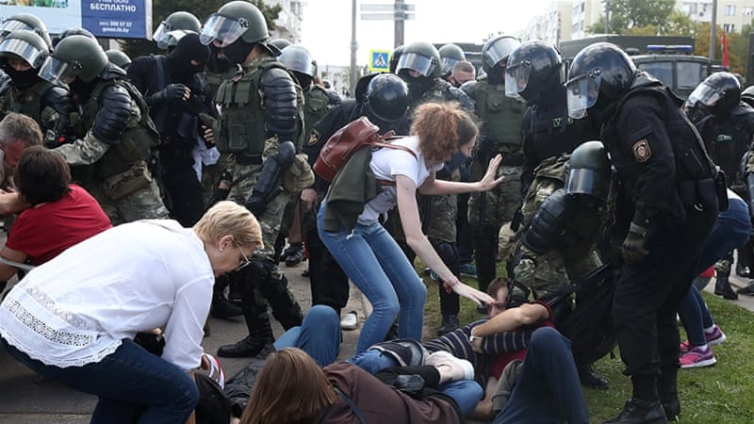 Belarus’s borders with Poland and Lithuania remained open on Friday despite the nation’s president declaring they would be closed and accusing the neighbouring nations of instigating nearly six weeks of protests against his 26 years of authoritarian leadership.

Belarusian President Alexander Lukashenko said late on Thursday that he was putting the army on high alert and closing the country’s borders with Lithuania and Poland.

Lukashenko has blamed the United States and its allies for fomenting the weeks of unrest following his landslide re-election to a sixth term last month, an outcome that protesters in Belarus say resulted from a rigged election.

“We are forced to withdraw troops from the streets, put the army on high alert and close the state border on the west, primarily with Lithuania and Poland,” Lukashenko said while addressing a women’s forum, adding that Belarus’s border with Ukraine also would be strengthened.

But the national Border Guard Service said all border checkpoints remained open, though it said controls and inspections have been strengthened.

A spokeswoman for the Polish Border Guard, Agnieszka Golias, said traffic at Poland’s border with Belarus was as busy as usual. Lithuanian authorities also reported no changes.

Lukashenko’s main challenger in the election, former English teacher and political novice Svetlana Tikhanovskaya, dismissed Lukashenko’s claims as part of his efforts to denigrate protesters and to blame foreign influences for the outpouring of anger towards him and calls for his resignation on the streets of Belarus.

“Lukashenko already has tried to scare us with enemies that don’t exist. He has accused peaceful people of being engaged in violence and tried to cast the true patriots as traitors,” Tikhanovskaya said in a statement.

“But his talk yesterday about closing the borders marks a new level of distancing from the reality. It was a talk by a weak person about his own imaginary world.”

She urged Belarusians to ignore Lukashenko’s bluster, emphasising that “all our neighbors are our friends”.

The US and the European Union have criticised the presidential election as neither free nor fair and urged Lukashenko to start talks with the opposition – a call he has rejected.

Washington and Brussels have been pondering sanctions against Belarusian officials for alleged vote-rigging and the violent response to protests.

During a ferocious protest crackdown in the first few days after the August 9 presidential election, nearly 7,000 people were arrested and hundreds were injured.

Belarusian authorities have since changed tactics and tried to squash protests with the selective detention of demonstrators and the jailing of opposition leaders.

In a new strategy to stem Sunday rallies that drew up to 200,000 people to the streets of Minsk to denounce the government, the Belarusian Prosecutor General’s office said it has tracked down parents who took their children to opposition demonstrations.

It said that prosecutors in the capital have served notices to 140 individuals, warning them of their failure to fulfil their parental duties. The office’s statement did not spell out the potential consequences of the warnings.