A preparatory game for an AFCON qualifier turned into a demolition exercise for the Black Stars as they smashed Asokwa Deportivo 6-1 at the Baba Yara stadium.

A brace each from Raphael Dwamena and Majeed Waris as well as a goal each from Frank Acheampong and Jordan Ayew ensured the team run riot over the Division One side.

Having virtually the full complement of the team at his disposal, Kwesi Appiah was able to field two different sides for each half as he tried different players in different roles.

The team that started the first half comprised of:

And it was Jordan Ayew and Frank Acheampong who scored to give the team a 2-0 lead at halftime.Ayew grabbed the opener heading home from a Samuel Sarfo cross before Acheampong scored doubled the lead after a beautiful lay off from Hearts of Oak's Winful Cobbinah.

The whole set changed at halftime and the team stood as:

Ghana team for second-half of friendly with Deportivo

However, Deportivo halved the deficit two minutes into the second and that served as a catalyst for more goals for the Black Stars as Majeed Waris and Raphael Dwamena, who could make his Ghana debut, grabbed a brace each.

The team will have three more training sessions prior to Sunday but the result and performance will give Kwesi Appiah positive headache as every player seems capable of a starting slot. 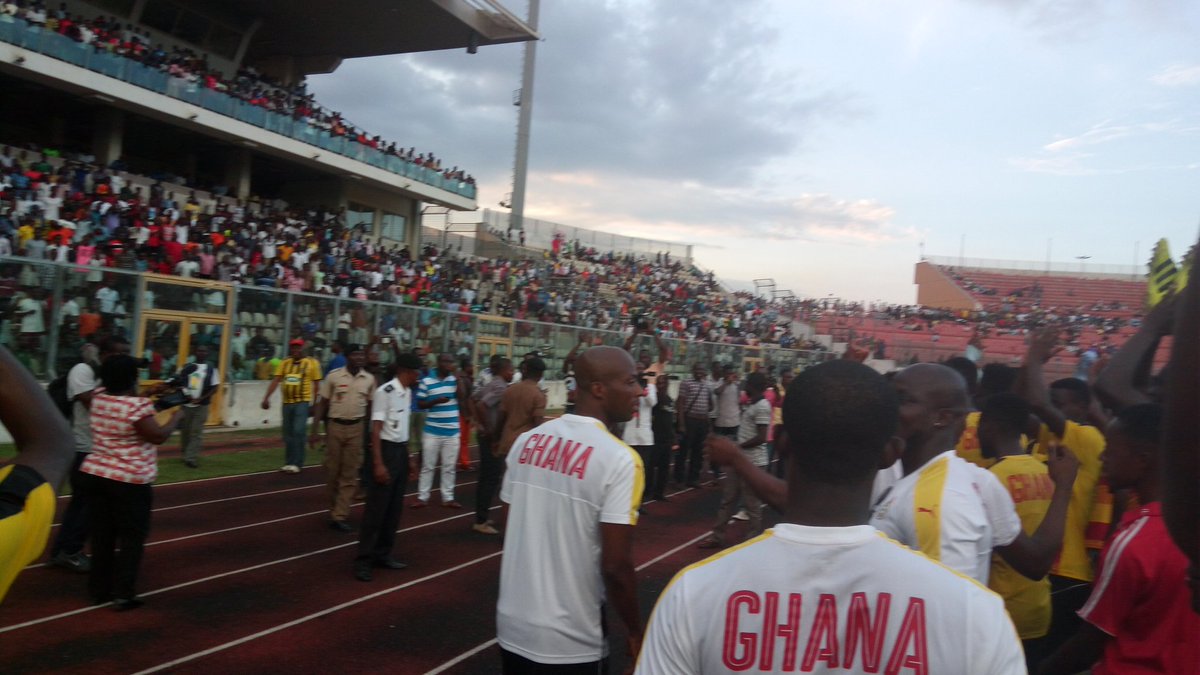