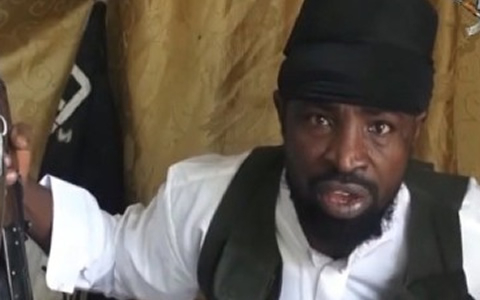 Nearly 150 people are reported to have been killed by suspected Boko Haram Islamist militants in attacks in Nigeria's north-eastern Borno state.

Eyewitnesses say the gunmen stormed the village of Kukawa near Lake Chad on Wednesday evening, killing 97 people, including women and children.

On Tuesday, the militants shot dead 48 men after they had finished prayers in two villages near the town of Monguno, a resident told the BBC.

The women are said to have been spared.

At least 23 people died in the town last month after a confiscated Boko Haram bomb exploded during celebrations to mark the successful military operation against the Islamist group.

According to Amnesty International, at least 17,000 people, mostly civilians, have been killed since 2009, when Boko Haram launched its violent uprising to try to impose militant Islamist rule.

More than 50 militants stormed Kukawa on Wednesday, eyewitness Babami Alhaji Kolo was quoted as saying by the AFP news agency.

"The terrorists first descended on Muslim worshippers in various mosques who were observing the Maghrib prayer shortly after breaking their fast," he said.

"They… opened fire on the worshippers who were mostly men and young children.

"They spared nobody. In fact, while some of the terrorists waited and set most of the corpses on fire, others proceeded to houses and shot indiscriminately at women who were preparing food," he said.

A resident of Monguno told BBC Hausa he had heard gun shots at one of the two villages attacked on Tuesday and saw it on fire.

"They were praying in the mosque when Boko Haram attackers descended on the village. They waited till they finished the prayers. They gathered them in one place, separated men from women and opened fire on them," he said.

"Many died, some escaped. They then set the village on fire. I saw five victims with bullet wounds who managed to escape. They were brought to [Monguno] on wheelbarrows, before they were transferred to vehicles that took them to hospitals."

The politician representing the area, Mohammed Tahir Monguno, said jihadist fighters who had recently been flushed out of their stronghold in the Sambisa forest had settled in these villages close to Lake Chad.

He said that before the attack, he had notified the military of the jihadists' presence, warning that the villages were not safe.

These are the worst Boko Haram attacks for many weeks, BBC Nigeria correspondent Will Ross reports.

The group has carried out frequent bombings since it was weakened by a regional military offensive to recapture most of the territory it had controlled.

The group is still holding many women, girls and children captive, including 219 schoolgirls it kidnapped from a school in Chibok in April last year.