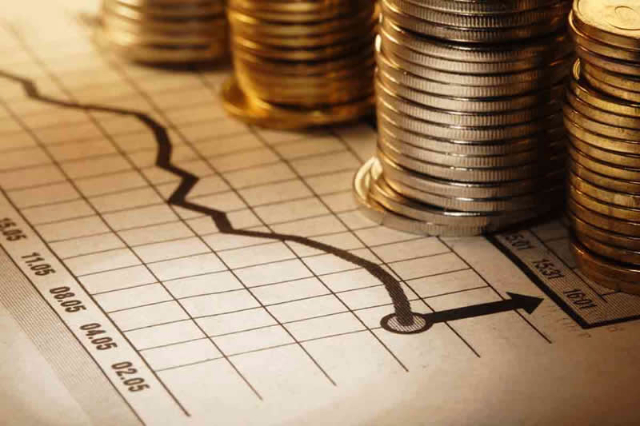 A new way of financing the fight against global diseases lured investors with annual returns of more than 11%. The deadly Ebola outbreak in Africa is highlighting shortcomings of so-called pandemic bonds in halting contagions.

After the worst Ebola outbreak on record, the World Bank two years ago began selling the high-yielding securities, modeling them on catastrophe bonds that pay out in response to insurance claims for events like hurricanes. The pandemic bonds, the first ever, are triggered by patterns in deaths from infectious diseases.

While the $320 million sale was hailed as a way to fight disease with finance, the funds are locked up by an arcane formula — one that may rarely be satisfied by actual events.

Bondholders are collecting rich interest payments even as the Democratic Republic of Congo is struggling to arrest an Ebola virus outbreak that’s killed more than 1,800 people the past year, and threatens to spill into neighboring nations.

“It was a lot of hype,” said Olga Jonas, a senior fellow at the Harvard Global Health Institute in Cambridge, Massachusetts, who was previously the World Bank’s economist coordinating avian and pandemic influenza. “They wanted to announce a new initiative that would impress the world.”

It helps fill a gap after the initial outbreak and before large-scale humanitarian relief assistance can be mobilized, he said.

The World Bank sold the bonds, due July 2020, as part of an overall effort to aid countries in the early stages of a global contagion diseases like SARS, bird flu and Ebola.

In the two years since the Pandemic Emergency Financing Facility was established it “has been operating the way it was designed to operate,” said Chawla, who coordinates it.

The issue was a bondholder’s dream; with U.S. Treasury yields near record lows, it offers a return found only in shaky junk-rated bonds, sold from the best credit in the world and with a payout formula that was hard to trigger. The transaction was 200% oversubscribed, according to the World Bank.

While other funds from the facility flow to relief organizations relatively easily — after as few as 30 Ebola deaths in one country — triggering its $425 million insurance fund is more complicated. A final arbiter, Boston-based AIR Worldwide Corp., scours WHO’s reports to determine whether the outbreak fulfills requirements for the payout.

The premiums for the bonds — one of 11.5%, the other 6.9% — cost about $36 million a year, paid by donor countries including Germany and Japan, Chawla said. It’s a relatively low price in the market for catastrophe bonds, he said.

For poor countries, the facility “is a source of grant funding for an outbreak for which the beneficiaries do not pay any premiums,” he said.

The World Bank has made other funds available to respond to Ebola, including $300 million in grants and loans offered in July. The World Health Organization and its partners still need $287 million for public health operations in Congo, according to an email.

Ideally, more money would be available for countries to develop their own public health capacity, rather than depending on donors to help quell crises, said David Heymann, chairman of the WHO’s Strategic Technical Advisory Group on Infectious Hazards.

Still, as more countries focus on domestic issues and the number of governments willing to respond urgently to outbreaks abroad wanes, the need for sources of emergency funds is increasing, said Jeremy Farrar, director of the Wellcome Trust in London.

Contributions to the United Nations are already struggling and often earmarked for specific causes, said Farrar, an infectious diseases researcher who spent years studying avian influenza in Ho Chi Minh City. While the World Bank’s bonds may not fill their envisioned role perfectly, the model should be adapted rather than discarded and started again, he said.

“Let’s say it didn’t exist,” he said. “Would nation-states provide the needed funding in the event of a pandemic? I wouldn’t be confident that they would. If it didn’t exist, we would probably have to invent it.”

Catastrophe bonds pay some of the highest coupons in the fixed-income world, and mostly attract specialist fund managers. Investors demand substantial yields to compensate for the risky and unpredictable nature of disasters. Losses are typically triggered by insurance claims, but the World Bank’s bond requires meeting a range of conditions.

Those conditions, such as the requirement for deaths in two countries, protect the pandemic insurance fund from inappropriate use, said Andre Rzym, a portfolio manager at Man AHL, which oversees $29.9 billion. The Congo’s Ebola epidemic is driven by non-medical issues that may not lead to global spread, he said.

“Why is the current outbreak so serious in a single country?” he said. “It’s a societal issue; the real problem you have in DR Congo is political instability, violence and mistrust of authority.”

Critics say the bond’s complicated triggering mechanism slows its ability to stem infectious contagions. The 386-page bond prospectus lays out scenarios for global or regional spread that would trigger the insurance portion to be distributed to poor countries where cases are accumulating.

For example, a $95 million tranche insuring against an Ebola virus outbreak pays investors more than $1 million each month. For the funds to flow to Congo, the disease must cause at least 20 deaths in at least one other country within a specified time window. Deaths must also increase at a minimum rate during this period, shown by a formula that looks like this:

While Ebola continues to spread, just three infections have been confirmed in a neighboring country, all traced back to Congo. The example suggests that the bond’s conditions make it unlikely that the insurance funds would become available early, when they would do the most good, said Andrew Farlow, an economist at the University of Oxford who studies pandemics.

“If you wanted to trigger it early, you would drop the requirement for spread to other countries,” said Farlow, who’s working on a paper about the bonds. “If you’re too late, you’ve missed the boat.”

Former World Bank President Jim Yong Kim presented the idea for the bonds at a meeting of G20 nations in Brisbane, Australia, in 2014, after the start of the Ebola outbreak in West Africa that killed more than 11,000 people. World leaders embraced it.

Tapping the private sector to fund a pandemic emergency response has merit, said Tore Godal, an adviser on global health to the Norwegian government who reviewed the plan at the time. However, new vaccines and treatments have become available to fight diseases like Ebola; that changes the possibility that scenarios identified in the bond prospectus will occur, he said.

“It was necessary to do the experiment,” Godal said. Still, future issues will probably pay a lower premium and may have less restrictive requirements for release.

The World Bank is now in a difficult spot. It must honor the terms of its own debt while facing criticism for a bond that appears to be mainly helping investors. The debate could trigger changes in future pandemic bond issues. There is already talk of another pandemic facility next year.

“Investors and policyholders will be conscious of different scenarios,” said Raymond Tam, an analyst at CreditSights Ltd. in London. “You need better structuring for policyholders, but you also need to maintain a certain level of integrity for investors; otherwise they won’t come back.”

DISCLAIMER: The Views, Comments, Opinions, Contributions and Statements made by Readers and Contributors on this platform do not necessarily represent the views or policy of Multimedia Group Limited.
Tags:
Congo
Ebola