Brace yourself to pay more for food – Peasant Farmers’ Association 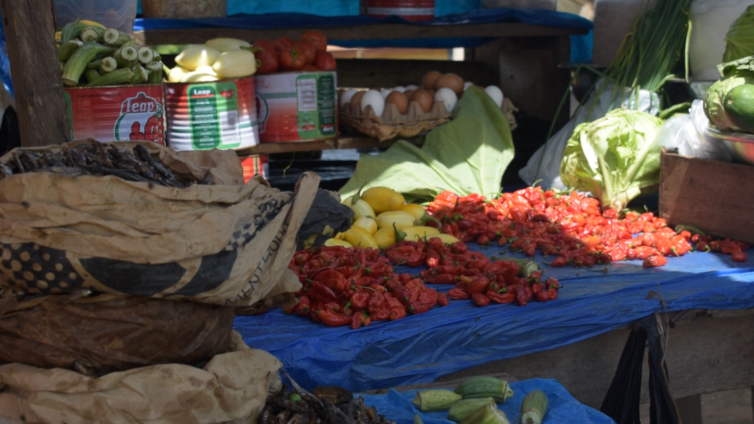 The Peasant Farmers’ Association of Ghana has hinted at more hikes in the prices of food items.

The Head of Programmes and Advocacy for the Association, Dr Charles Nyaaba explained that this is due to the high cost of production.

Speaking on Joy FM’s Super Morning Show, on Wednesday, he noted that, “If you look at the prices of food in subsequent days, it’s going to be very difficult because even if you hold all the factors constant, because the cost of production is very high, so even if there’s bumper harvest, it doesn’t mean the farmer is going to sell his produce at lower prices. Because he will not be able to meet the cost of producing an acre if he does that.”

Mr. Nyaaba revealed that farmers were producing at the cost of GH₵1,600 in the previous year, but the budget has shot up this year by more than 200% due to the high cost of production.

“Last year, when we did our crop budget, to produce one acre of maize was costing around GH₵1,600 cedis. When we put in the current increase in input prices, we are getting around GH₵3,700 cedis for the same acre,” he stated.

His comment comes in the wake of the rising cost of food prices amidst hikes in fuel and other commodity prices. Mr. Nyaaba indicated that one factor that has significantly scaled up the cost of production, is fertiliser.

“When you take fertilizer alone, even with the government subsidy, we have over 200% increase, same with the cost of tractor services and agrochemicals. So if a farmer has to spend that much on one acre, no matter the yield per acre, that farmer will not be comfortable selling at a lower price,” he said.

He, thus, has entreated the government to invest more in the agriculture sector.

“The only way for farmers to remain in business is for government to take up the cost. When you go to other countries, what they do is to cut the budget from other sectors and invest in the agriculture sector but what we did in 2022 was to reduce the agriculture budget instead by about 28% and that is unfortunate,” he added.

He further bemoaned the unavailability of subsidised fertilizer to farmers due to outstanding debts government owes the fertiliser suppliers, warning of dire consequences if nothing is done about the debt.

“So it is the duty of government to settle them for them to produce the fertiliser but as we speak, we don’t have any indication as to when the government will settle them,” he added.

DISCLAIMER: The Views, Comments, Opinions, Contributions and Statements made by Readers and Contributors on this platform do not necessarily represent the views or policy of Multimedia Group Limited.
Tags:
Association of Peasant Farmers
Dr Charles Nyaaba
Food commodities
Subsidised Fertilisers