A split has emerged within Burkina Faso's armed forces over who is leading the country following the resignation of President Blaise Compaore after 27 years in power.

The presidential guard's second in command, Colonel Isaac Zida, says he has assumed power as head of state.

Crowds danced and cheered in the capital Ouagadougou after Mr Compaore's resignation was announced on Friday.

It came a day after protesters angry at his attempt to amend the constitution and extend his 27-year hold on the presidency set fire to parliament and government buildings. 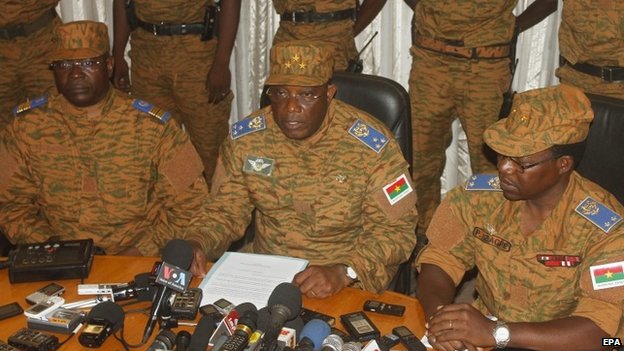 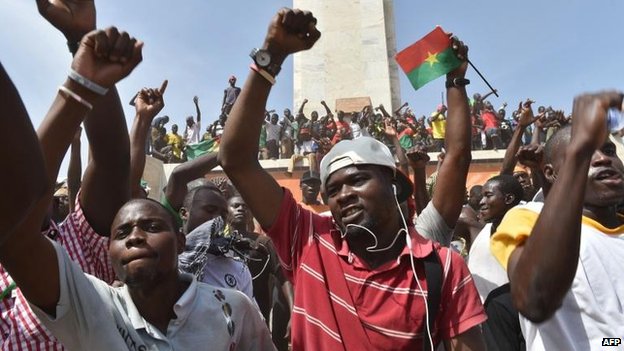 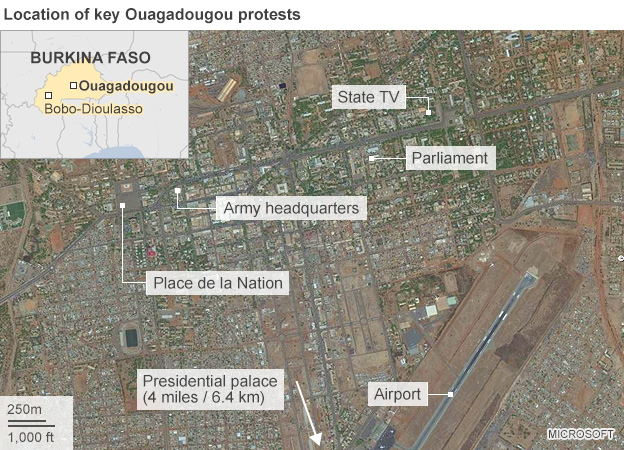 "I now assume… the responsibilities of head of the transition and of head of state to assure the continuation of the state" and a "smooth democratic transition", said Col Zida in a televised address quoted by AFP news agency.

And Reuters quoted Col Zida, in a statement read out on local radio, as saying: "I assume the functions of head of state and I call on (West African regional bloc) Ecowas and the international community to demonstrate their understanding and support the new authorities."

His whereabouts are now unclear.

However, the military announced a state of emergency and the dissolution of both houses of parliament on Thursday – effectively leaving a power vacuum.