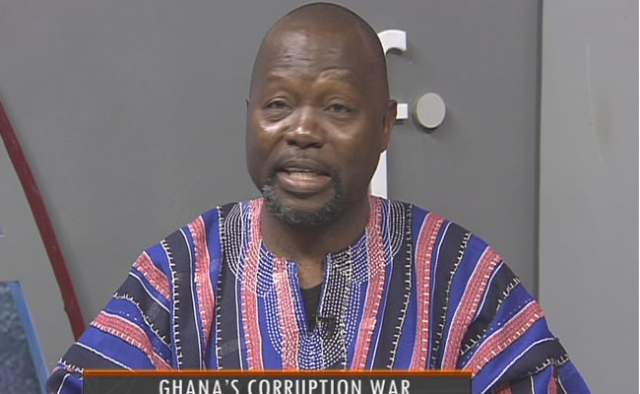 Lawyer for one of the four persons dragged to court over the collapse of Capital Bank has said the charge of theft will not hold.

Dominic Ayine, defence counsel for Kate Papafio, CEO of Reroy Cables, has called for the withdrawal of a charge of theft against his client.

He told JoyNews’ Joseph Ackah-Blay in an interview on Tuesday that the charge of theft against Mrs Papafio was inappropriate.

Dominic Ayine also said that the liquidity support from the Bank of Ghana was given as a loan – to be repaid with an interest – and wondered how a charge of theft can be brought against the accused persons.

He said all transactions between his client and the defunct Capital Bank were legitimate.

William Ato Essien, Founder of Capital Bank; Dr. Tetteh Nettey, Managing Director of MC Management Services Ltd and Fitzgerald Odonkor, former CEO of Capital Bank and Kate Papafio have all been charged with theft for wrongfully disbursing funds handed over by the Bank of Ghana to support the now-defunct Capital Bank.

Twenty-seven million cedis out of a GHS620 million, which was issued by the Bank of Ghana as Liquidity support for collapsing banks, went to the now-defunct Capital Bank.

According to State Attorney, Gloria Akuffo, the funds were misappropriated.

On Tuesday, the accused persons pleaded not guilty in court and were granted bail.

DISCLAIMER: The Views, Comments, Opinions, Contributions and Statements made by Readers and Contributors on this platform do not necessarily represent the views or policy of Multimedia Group Limited.
Tags:
Capital Bank
Dominic Ayine