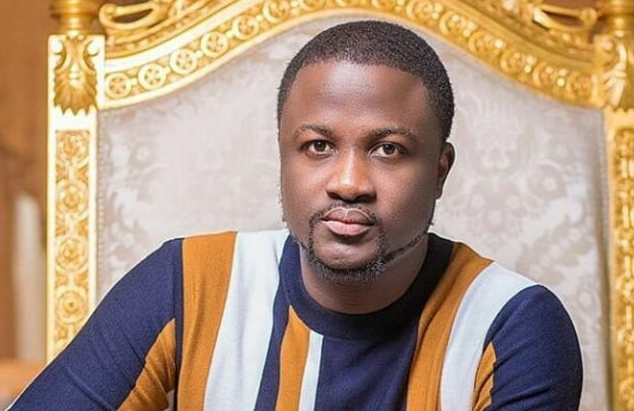 President of International Youth Empowerment Summit (IYES Ghana), Brian Amoateng, has advised actor Funny Face to stop the public exchanges with the mother of his twins.

This comes after Funny Face had been in a back and forth battle with his ex over the claims he was abusive in their relationship.

The actor in a post promised to release videos that disproved his ex’s claims adding “it will end in praise soon.”

Commenting on one of Funny Face’s post Pastor Amoateng discouraged him from going through with his threats.

He stated that it was better the comedian let sleeping dogs lie because of his children.

“Nana Yaw please, please it’s okay cease fire. Don’t post anything again for the sake of your girls. Please Nana Yaw, I am pleading with you to cease FIRE. Hhhmmmm,” the founder of iYES wrote.

Funny Face and his ex lover have not been on good terms since his conflict with collegues Bismark the Joke, Kalybos and Lil Win.

In May 2020, he accused Lil Win of convincing his ex-wife to leave him while taking their twins, Ella and Bella, with her.

After threatening to release an expose about his colleagues he gave his ex-lover an ultimatum to return his kids to him.

He later cried on live TV saying that he missed his girls and he desperately wanted them back.

“I just want my daughters to one day remember that I did all my best to reunite with them and I have videos to prove that my wife did bad to me,” Funny Face said.

Following his constant battle with his colleagues and in his own words “refusal to heed to advise” his good friend footballer Emmanuel Adebayor unfollowed him on social media.

The actor who did not want to lose his friend promised to stop airing all his dirty laundry on social media after they were back on good terms.

He also mended his relationship with Lil Win on UTV.

He stated that he had to deal with depression and feared he could die when his children were taken away from him.

Although all had been silent for a while, his ex-lover, only known as Vanessa, gave a tell it all interview claiming that Funny Face had been abusive.

She also claimed in another interview with Zionfelix that the actor had threatened to hurt her if she ever stepped foot in his house – a statement she claimed was the reason she never went home with their babies.

Miss Vanessa said that Funny Face was only telling their issue to favour him and attract public sympathy.

DISCLAIMER: The Views, Comments, Opinions, Contributions and Statements made by Readers and Contributors on this platform do not necessarily represent the views or policy of Multimedia Group Limited.
Tags:
Brian Amoateng
Funny face
iYes