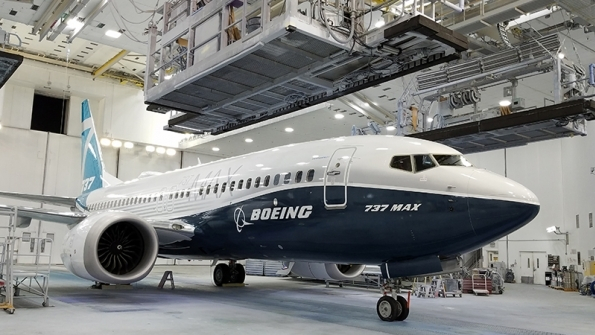 China’s three biggest airlines have asked U.S. planemaker Boeing Co to compensate them for losses caused by the grounding and delayed deliveries of 737 MAX jets, just as regulators gather to discuss design changes for the troubled aircraft.

The latest requests were first reported by Chinese state TV.

China was the first country to ground the 737 MAX globally after a crash in Ethiopia killed 157 people in March, in the second such incident for Boeing’s newest aircraft.

“China has grounded 96 aircraft, which is about 4 percent of its airplanes. The grounding causes huge losses for Chinese airlines,” China aviation expert Li Xiaojin told Reuters.

“The potential costs are huge too. Slower growth in passenger volume across China’s major airports for March and April was largely due to the grounding of 737 MAX jets, according to my calculations,” Li said.

The compensation requests come as China and the United States engage in an escalating trade war, with Washington accusing Beijing of backtracking on almost all aspects of a proposed trade deal.

The U.S. administration has since raised tariffs on $200 billion Chinese imports and has indicated more, prompting fear that China could retaliate against U.S. companies.

Bloomberg last week reported the big Chinese airlines were considering teaming up to seek compensation. State newspaper People’s Daily on Tuesday said China Eastern had not communicated with other carriers on the topic before making its request. China Eastern confirmed its comments in the report to Reuters.

The latest requests came a day before the U.S. Federal Aviation Administration hosts global regulators in Dallas to review 737 MAX software and training proposals from Boeing before regulators decide whether and when to end the two-month grounding.

China and the European Union each have their own aerospace industries and are likely to fix their own conditions for allowing 737 MAX flights to resume, analysts said.

The International Air Transport Association has also convened a meeting of airlines with grounded 737 MAX jets on Thursday in Montreal.