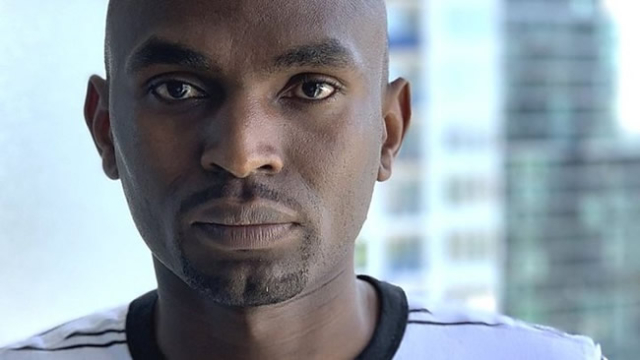 “I lost my wife Carole, my three children Ryan, Kelly and Ruby and I also lost my mum-in-law. I feel so lonely. I look at people. I see them with their children playing outside and I cannot have my children – I’ll never be able to see their faces again or hear their voices.”

Paul is now living between friends’ houses, unable to return home. He can’t bear to see his children’s shoes still in the hall where they last left them. “I can still see their feet inside them. I’m never going back.” He’s waiting for relatives to pack up the home.

When ET302 crashed it was the second Boeing 737 Max to crash in four months.

The first happened in Indonesia in November 2018. Preliminary reports revealed that the same flight control system was at fault in both crashes. Now families around the world want to know why 157 people died in a second crash.

They are asking, why weren’t the jets grounded after the first crash? 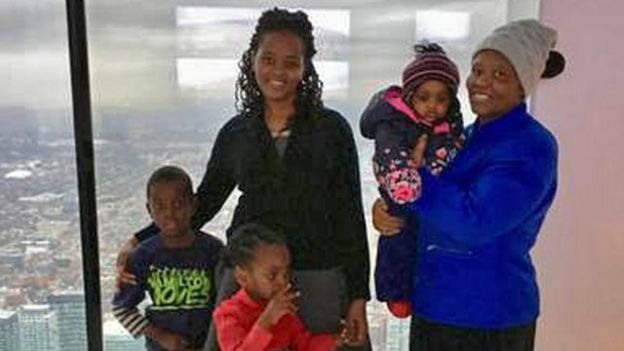 Chris and Claryss Moore’s daughter Danielle was also killed. One corner of their suburban Toronto home is now a bright but emotive shrine to their lost child. She smiles down from a dozen pictures on the wall, surrounded by orchids and lilies.

Danielle was heading to a UN environmental conference in Kenya.

“This should not have happened, four months after another crash happened. They tell us this is one of the safest planes – it’s not – it took away the lives of the people we love so much and no matter what they’re going to say, our normal lives will never be the same.

This is our normal life, struggling to wake up every single day and that’s hard. It makes me very angry.” 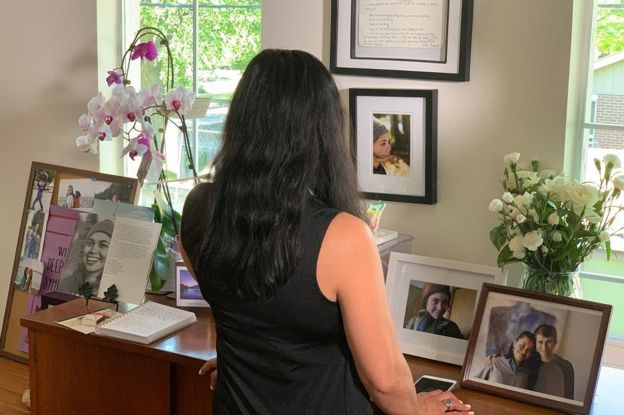 The Moore family has created a shrine to Danielle

An international blame game is now under way. American Congressman Sam Graves alongside other voices in the US have blamed “foreign pilots” for the crash, saying they believe American pilots would have handled the jet.

But both preliminary reports have stated the flight control system (MCAS) as being at fault.

Families of those killed are now lining up to ask whether the Boeing 737 Max was airworthy and safe when the crash happened.

“They had a chance to ground these planes in November and they didn’t. Instead they focused on foreign pilot error fallacy. 157 people died including my family because of them making them poor decisions. If they really cared about human life and safety they would have grounded those planes in November and they would have fixed the problem. They allowed the planes to fly as they tried to fix the problem. They didn’t fix it by 10th March.” 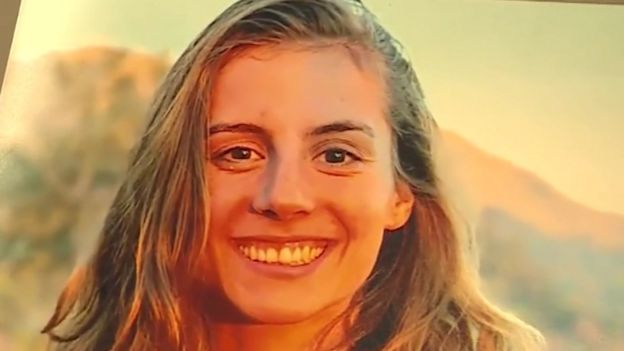 Their family home is enveloped by forests and mountains. Their daughter Samya Rose Stumo was 24 years old and was on board ET302.

She is the second of the couple’s four children to die. They also lost a son to cancer.

“It’s been like a horrible dream,” says Nadia. “And I keep thinking all these people I’m meeting, going to Washington, all these experiences I’m having, they’re awful because they mean Samya is gone. And I don’t want that to be the case. I keep thinking I am going to wake up.”

Nadia was listening to BBC World Service radio when reports first came in about the crash. She knew Samya was on board. She’d had a Whatsapp message from her only an hour earlier giving her flight information.

“I just started shaking, and I couldn’t stop myself from physically shaking,” she told me. “I just couldn’t tell the other people in the house.” 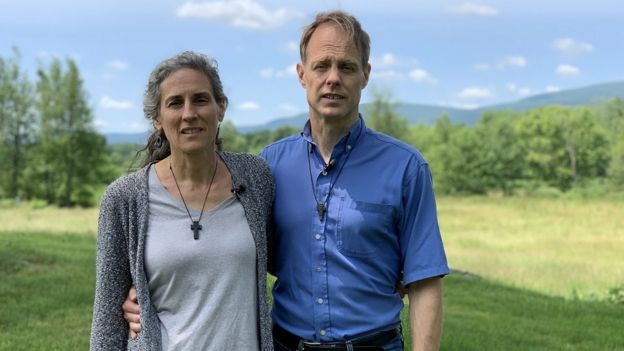 Within a month, Nadia and Michael turned their overwhelming sense of loss and grief into a remarkable force of energy.

They’re now committed to finding out why Boeing didn’t ground the planes after the first crash, whether Boeing cut corners in regards to safety of the 737 Max and why the FAA certified it as safe to fly.

To date, they’ve met more than 25 Congressmen and women in Washington, as well as being a powerful presence at US Government aviation hearings.

They’ve not been allowed to testify but they want to ensure families are included in how investigations develop.

Critics are asking whether the development and launch of the Boeing 737 Max was rushed. They claim Boeing was losing out to a plane from Airbus and suggest corners were cut to get the Max into service.

“Definitely my daughter died because of the profit of Boeing and I don’t want anyone else to die for that reason. I want these planes to be safe and [for Boeing to] invest in the company and the hardware and infrastructure to make our aviation industry safe,” said Nadia. 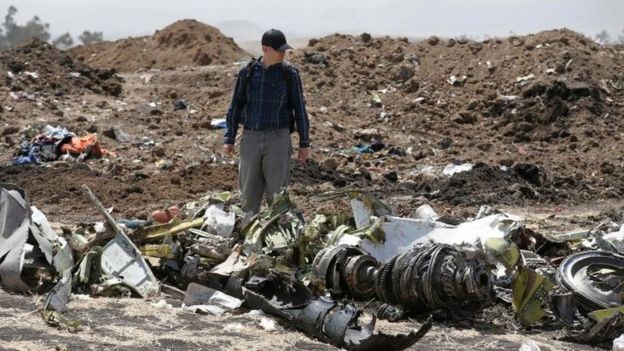 The BBC approached Boeing for an interview and comment in regards to all of these allegations. They declined.

In a statement Dennis Muilenburg, Boeing chairman, said: “We’re sorry for the tragic loss of life in these accidents and extend our deepest sympathies to the families and loved ones of all those on board. Any loss of life on our airplanes is unacceptable, and this will continue to weigh heavily on our hearts for years to come. The safety of the flying public is our highest priority and we are focused on re-earning their trust and confidence in the months ahead.”

Earlier this week, Boeing announced they were offering $100m to “family and community needs of those affected by the tragic accidents of Lion Air Flight 610 and Ethiopian Airlines Flight 302.

“These funds will support education, hardship and living expenses for impacted families.” 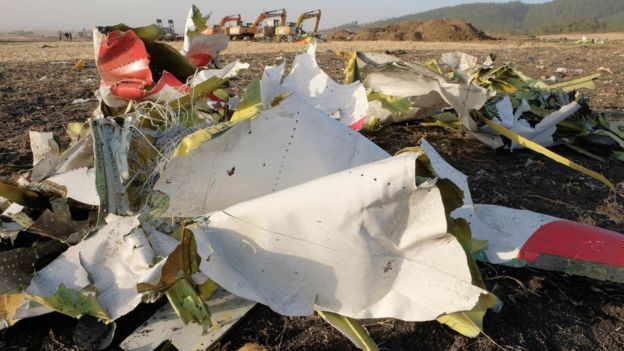 The families we’ve spoken to are not impressed. They don’t want money. They want answers.

Chris Moore believes criminal charges should be brought. “If there is any type of personal culpability they should be charged under criminal laws. If I cost someone’s life on a building site I would have to prove myself in a criminal court as innocent, why are Boeing different?”

The families of victims are all now searching for answers.

Some are dealing with their grief in private, still too overwhelmed by what’s happened.

Others have the power and resolve to speak out – and it’s starting to prove uncomfortable for Boeing.